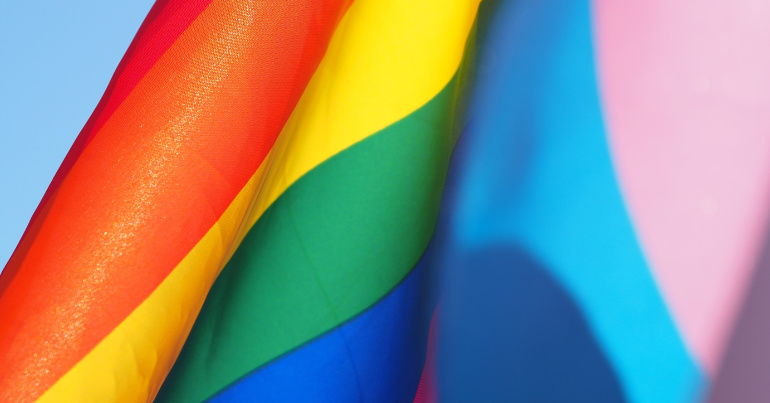 At the beginning of July, former secretary of state for health and social care Sajid Javid proposed a modification of the Gender Recognition Act (GRA, 2004) to weaken the protections held by trans individuals who possess a Gender Recognition Certificate (GRC). Under normal circumstances:

It is an offence for a person who has acquired protected information [on the holder of a GRC] in an official capacity to disclose the information to any other person.

This is an important element of safeguarding for a community which is vulnerable to the malicious use of their personal information. These harmful uses include ‘outing’ – involuntarily revealing a person’s trans status, e.g. to hostile employers or the press.

The proposed alteration to the act formed part of the former health secretary’s ongoing crusade against healthcare for young trans people. He previously compared the political sensitivities around such care to the Rotherham grooming scandal – a case which was used to create a moral panic which targeted young Asian men. This is an absurdly inflammatory choice of language when LGBTQI+ individuals are increasingly facing spurious accusations of grooming.

Javid has also made gestures towards select passages of the interim findings of the Cass Review – an independent examination of the provision of trans healthcare for young people in Britain which intends to follow up on long-term outcomes for young transitioners. The former health secretary highlighted statements that specialist staff are “under pressure to adopt an unquestioning affirmative approach”, whilst ignoring the same review’s urgent statement that a:

fundamentally different service model is needed which is more in line with other paediatric provision, to provide timely and appropriate care for children and young people needing support around their gender identity.

Because a number of the young people who go through such treatments go on to obtain a GRC, their data is then protected and cannot be disclosed in this capacity. Javid told parliament that he hoped to use a statutory instrument (SI) to:

add a further exemption to the GRA so that a closely defined class of people who facilitate, assist and carry out the research for the Cass review will be able to disclose protected information to each other during the course of their work. Without access to information currently protected under the Act, a significant portion of the available data on health outcomes would have to be removed from the study.

We should remember, at this point, this is the same GRA for which the British public has already gone through one consultation, with an extra round for the Scottish. The public backed the proposal to make it easier for trans individuals to change their gender marker on official documents, including marriage and death records. Both times, the government ignored its public and kicked reforms into the long grass. So it appears that changes can easily be made to the act when the desire is to remove protections for trans people, but not when they would make our lives even a little easier.

A number of assurances have been made regarding this increased access to private information. The University of York will conduct ethics screenings of the data. Likewise, all data will be pseudonymised – i.e. data (both hard numbers and interview comments/excerpts from medical records) will be grouped for each patient, but with a false name attached. However, it is questionable whether this small gesture will be sufficient to completely protect a population as sparse as youth transitioners – it may still be relatively easy to pinpoint specific individuals if any aspect of their data is distinctive, even if their name has been changed.

The search for more rigorous data sounds noble, at least on its face. However, we know that the former health secretary and a good chunk of the rest of the government – on both sides of the House of Commons – are openly trans-hostile. The newest round of Tory leadership contests have already kicked off with a contest to see who can use the most overt anti-trans dogwhistles. As with the GRA reform consultations, we know that evidence in support of trans people is readily ignored, whereas any evidence which might be used against us is seized upon. The overwhelming majority of evidence supports affirmative care for transgender youth as the best approach with the most favourable outcomes. Still, our government engages in lengthy, costly projects in an attempt to find anything to counter the existing evidence base.

This proposed SI should also concern anyone with an interest in data privacy and protection. Previously, when trans people pursued GRCs, they did so in the knowledge that afterwards their data would be protected. The fact that the government is so ready to alter these protections in what amounts to a fishing exercise to find reasons to deny our healthcare is chilling. American has already proven the importance of the privacy of healthcare information – calls are going out urging people to delete their period-tracking apps in case the data is turned over to the anti-abortionist state forces.

We are long past the breaking point for trans healthcare in the UK. Despite the fact that the maximum waiting time for specialist healthcare on the NHS is meant to be no more than 18 weeks, waiting lists for trans specialists have now hit 5 years in some areas. It’s extraordinarily hard to believe that a future Conservative government would use any data collected by the Cass Report – positive or negative – to improve the situation for trans people. The results only matter when they come at a cost to trans lives.