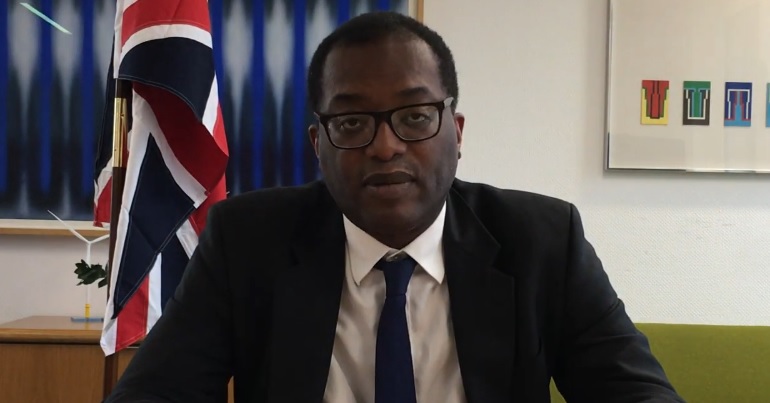 Chancellor Kwasi Kwarteng’s mini-budget statement has succeeded in alienating millions of voters. Many of these would be Tories, as the proposed measures will hurt their pockets, too.

Indeed, a survey by Opinium reports that a whopping 71% of those who voted Conservative at the last general election now believe the Tory government has “lost control” of the economy.

The financial squeeze may also see rent rises and evictions of tenants who can’t afford to pay, according to Big Issue.

This crisis has led to serious consequences. As Green Party MP Caroline Lucas pointed out, it affects not just mortgages but also rent and general living costs:

.@TrussLiz  “This is about making sure that people are going into the winter not worried about ultra-high-fuel bills.” Guess she’s OK with people worrying sick about how to afford their mortgages, rent and other living costs then #r4today

Two months ago Liz Truss said the prospect of rising mortgage rates due to borrowing was “project fear”.

More cuts for the poor?

Kwarteng is now considering benefit cuts to help pay for his proposed tax cuts for high income earners. When asked whether benefits would be increased in line with inflation, Kwarteng answered with the usual ambivalence that politicians fall back on:

It’s premature for me to come to a decision on that, but we are absolutely focused on making sure that the most vulnerable in our society are protected through what could be a challenge.

Benefits which may or may not rise in line with inflation include Disability Living Allowance, Carer’s Allowance, Personal Independence Payment, Attendance Allowance, and Incapacity Benefit.

The Resolution Foundation thinktank estimated that raising benefits in line with earnings – about 5% – rather than inflation would save the government £11bn next year, but would leave a couple with two children more than £1,061 a year worse off, and a single parent with one child £607 a year out of pocket.

Any cuts would follow a year in which benefits were uprated in April by 3.1% – linked to the September 2021 inflation rate – despite inflation having soared to about 9%. This resulted in the biggest fall in the real value of the basic rate of unemployment benefits in 50 years.

Meanwhile, Truss was caught repeatedly lying about her flagship £2,500 energy bills cap. This was despite Full Fact warning Truss in writing in advance of this error. Full Fact tweeted an explanation of what the cap really means:

Liz Truss repeatedly told the BBC that energy bills are capped at £2,500. They are not.

This figure is based on what a “typical” household with average use will pay. It is *not* the maximum amount any household will pay. pic.twitter.com/uQu8GXIxif

Full Fact demonstrated that, depending on energy usage, the typical bill for a detached house with average use would likely come to £3,300, not £2,500. Full Fact added that because of Truss’s misinformation, people would wrongly think they can use as much energy as they like, as their bill won’t exceed the £2,500 cap. For vulnerable people in particular, that would be disastrous.

Money Saving Expert’s Martin Lewis has published a calculator for consumers in the UK other than those in the north of Ireland who are on a price-capped standard tariff.

Truss has refused to reverse her proposed cut in tax from 45% to 40% for high income earners, despite the pound plummeting. The fall in sterling will likely mean the price of imports will rocket, leading to higher prices generally and higher inflation.

The IMF has rebuked the Truss government regarding the proposed financial measures. It also recommended that the government considers “ways to provide support that is more targeted and reevaluate the tax measures, especially those that benefit high income earners”.

The Tories would rather crash the economy than tax the rich.

As for crashing the economy, no doubt Kwarteng’s former boss and hedge-fund specialist Crispin Odey is delighted over recent events. It’s reported he’s been been betting that the cost of UK government debt would increase, and is consequently making a fortune.

Moreover, Kwarteng reportedly attended an evening champagne party with hedge fund managers on the day he presented his mini-budget to parliament. The Liberal Democrats are demanding an inquiry into the party.

Meanwhile, Good Law Project director Stuart Wood has reproduced a letter from the Office for Budget Responsibility (OBR). The OBR gives independent financial analysis to the government. It offered to draft an economic forecast according to the September budget statement, but Downing Street turned the offer down:

Liz Truss tells @bbclaurak the OBR didn’t do an independent assessment of the Budget (yes that’s what she called it) because it couldn’t be ready in time.

Here’s what the OBR said in a letter to SNP MPs, stating it was ready to publish a report to publish alongside the Budget. pic.twitter.com/TaaDf7dht5

Now for the good news

As well as economic consequences, there are also political consequences resulting from Kwarteng’s mini-budget statement. One former cabinet minister told the Observer:

It’s a matter of when [Truss] goes and we, the parliamentary party, need to seriously work on getting rid of her as soon as possible. That gives us more time before the next general election to forget this awful episode.

Going by the Opinium survey, it appears Truss’s handling of the economy is facing a huge backlash from voters, including Conservative supporters. Indeed, Guardian columnist Peter Cole argues that “if Conservatives only seem able to bring to their own heartlands worry and despair, the game is surely up”.

Tory MP Charles Wheeler, in an interview on 29 September with Channel 4 News, is equally blunt in his assessment of how the mini-budget is affecting his party. He said that if there was a general election tomorrow, the Conservative Party would be “wiped out” and “cease to exist as a functioning political party”.

Good news, though there’s no room for complacency.