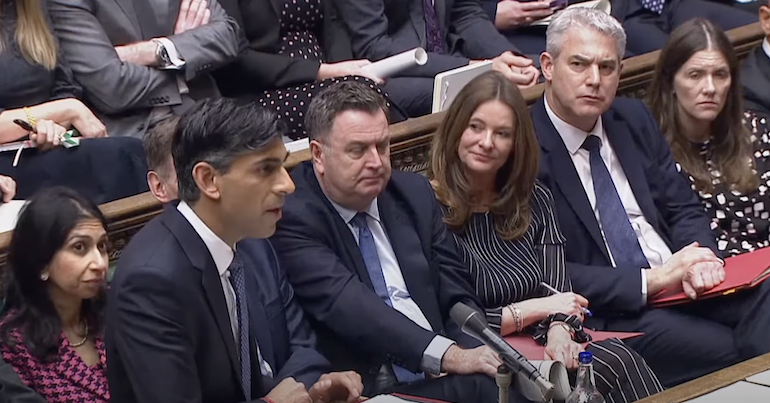 The Conservative government’s plan to rip up thousands of retained EU laws could ultimately cost the UK billions, new analysis suggests. According to the Wildlife and Countryside Link, the price tag for doing away with a swathe of environmental laws in the retained EU law (revocation and reform) bill could amount to £82bn over 30 years. The findings come as MPs debated the controversial bill again in parliament on 18 January.

This Bill, which is set to be debated by MPs tomorrow, 18th January, threatens to repeal hundreds of vital wildlife-protection regulations by the end of 2023. It must be stopped.

Here’s how you can help … pic.twitter.com/fTkAdu5rre

A coalition of dozens of environmental organisations from across England called Link has been pushing back. It engaged the Economics for the Environment Consultancy (eftec) to conduct the analysis and published its findings in a report titled What price deregulation? on 18 January.

The eye-watering £82bn price tag relates to damage that the removal or weakening of regulations in four environmental areas could lead to, Link explained. These are air quality, water pollution, chemical regulations and protection of wildlife habitats.

For example, losing Water Framework Directive standards could cause damage to lakes, rivers and coastal waters. Using official estimates on the economic worth of healthy freshwaters, eftec calculated that losing these standards would cost up to £20.6bn over three decades in England. The coalition’s CEO Dr Richard Benwell said:

Prevention of air and water pollution, protection of precious wildlife and habitats, precautions against hazardous chemical use – they are all put at risk by the Retained EU Law Bill. If long-standing protection for nature is removed or weakened, the economic consequences could run into the billions.

People and wildlife at risk

Link’s report went beyond the economic costs of the bill. It also investigated the “environmental and social impacts” the deregulation could have. In other words, the analysis highlighted what danger the bill poses to people, wildlife and the wider natural environment they all depend on.

It pointed out, for instance, that numerous species, such as salmon, otters, bats, puffins and kingfishers, could be at risk from the elimination or weakening of water, habitats and species regulations.

With current freshwater pollution already a cause for concern in England and elsewhere in the UK, along with air quality, the removal of retained EU regulations that relate to these areas has worrying implications for people’s health too. The government characterises air pollution as “the largest environmental risk to public health” in the UK, which kills tens of thousands of people each year.

Government plans to delete or entirely rewrite thousands of laws that protect people and the environment are a double blow for the communities already hardest hit by the cost of living crisis and existing environmental decline.

The Royal Society of the Protection of Birds (RSPB) is also a Link member. Ahead of the bill’s debate in parliament on 18 December, it called on people to demand that their MPs back various amendments to the bill:

This amendment would give Parliament the ultimate say on which legislation is affected. Which is a key principle of parliamentary sovereignty.

The bill will also have major implications for environmental law & legal certainty in NI, Scotland & Wales inc the huge review of REUL required by this bill causing huge admin burden & virtually halting legislative priorities in those countries, to the cost of the environment.

The RSPB said that proposed amendments variously provide parliament with a say on what regulations to scrap or retain and offer safeguards that could ensure key legislation remains, among other things.

The prime minister Rishi Sunak appears unmoved by criticism of the bill. In comments ahead of the debate, his spokesperson said work was already underway to remove the “burdensome” regulations and “capitalize on our regulatory freedoms”. Sunak believes that removing the regulations will “drive growth and improve people’s everyday lives”, the spokesperson’s comments indicated.

The Link analysis, however, suggests that, far from improving the lives of people in the country, these ‘regulatory freedoms’ will come at a very high cost, both in economic and environmental terms.