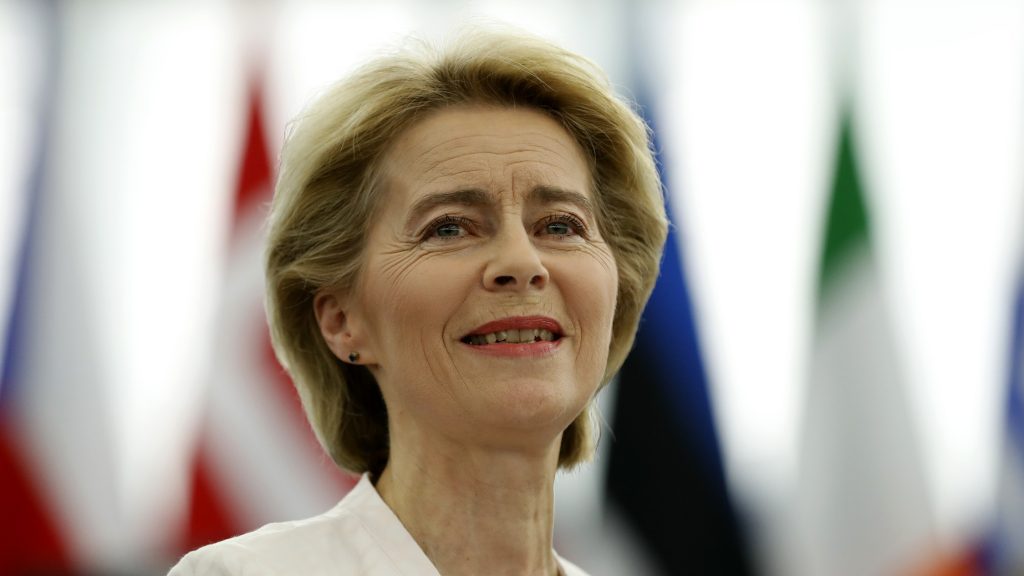 Brexit could be delayed again beyond October 31, the candidate to be the European Union’s top official has said.

Ursula von der Leyen clashed with Nigel Farage in the European Parliament as she said she would allow another Brexit extension if there were good reasons.

The German politician, who has been nominated to be the next president of the European Commission, said she respected but regretted the UK’s decision to leave the EU.

She said: “We cannot talk about Europe without talking about our friends from the UK.

“For the very first time, in 2016 a member state decided to leave the EU.

“This is a serious decision, we regret it but we respect it.

“Since then, together with the current government of the UK, the EU has worked hard to organise the orderly departure of the UK.”

“However, I stand ready for a further extension of the withdrawal date should more time be required for a good reason.”

Tory leadership frontrunner Boris Johnson has insisted he will not shift from the October 31 deadline but his rival Jeremy Hunt has indicated he would be flexible if a deal was within reach.

MEPs will vote on whether to back Ms von der Leyen to replace Jean-Claude Juncker at the head of the European Commission later on Tuesday.

Mr Farage said the European Parliament had been “humbled and humiliated” by the process which led to Ms von der Leyen’s nomination by the European Council.

And he claimed that she was leading an attempt for the EU to become a “centralised, undemocratic, updated form of communism” and suggested she was a “fanatic for building a European army”.

He added: “In some ways I’m really rather pleased, because you have just made Brexit a lot more popular in the UK, thank God we are leaving.”

Ms von der Leyen, the German defence minister, shot back, saying it was important to continue to work with the British “but I think, Mr Farage, we can probably do without what you have got to say here”.