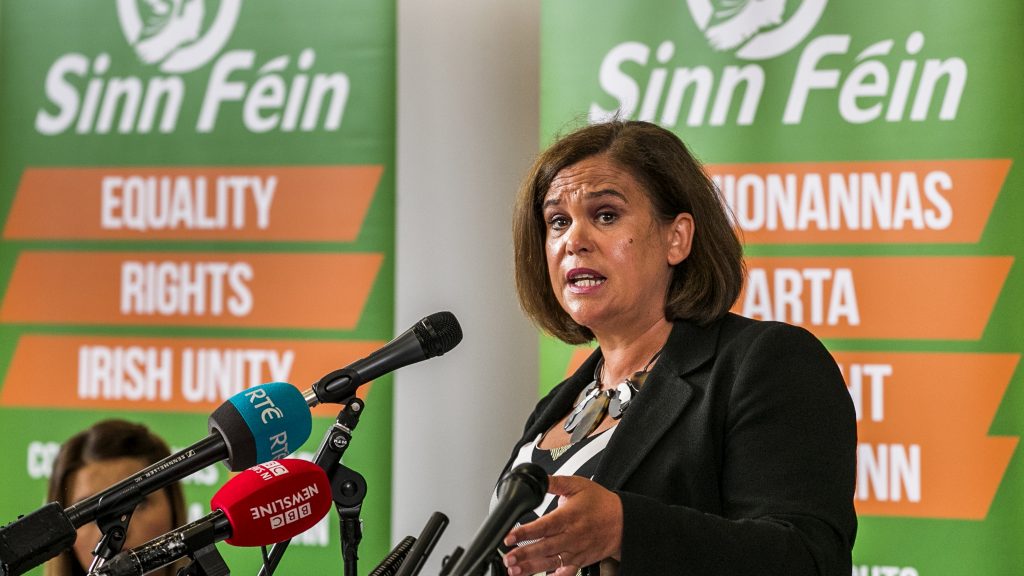 The Prime Minister must call a border poll in the event of a hard border following Brexit, the Sinn Féin president has said.

Mary Lou McDonald is due to meet Boris Johnson and said she will remind him of his “obligations under the Good Friday and subsequent agreements including the provision for a unity referendum”.

“If the British Government have factored into their calculations a hard border, then they must factor in a unity referendum as laid out in the Good Friday Agreement,” she said.

“We will be meeting Boris Johnson in the coming days. We will remind him not only of the need to respect the wishes of the majority to remain within the EU.

“We will also remind him of his obligations under the Good Friday and subsequent agreements including the provision for a unity referendum.”

Addressing a meeting of party members, McDonald described Johnson as “jingoistic and bullish”, adding “he is not my Prime Minister”.

McDonald urged the Taoiseach to appoint an Irish Government Minister of State to develop strategies to advance Irish unity.

“Partition has failed,” she said.

“It has prevented this island from reaching its potential for nearly a century.

“Brexit will serve only to reinforce that partition and further damage our island.

“The Government has to begin planning for unity.”

The Sinn Féin president also gave an update on the talks to revive the powersharing government at Stormont which has been collapsed since January 2017.

She said meetings “have been held but little progress was made”.

“This round of talks to restore the powersharing government have thus far failed to achieve agreement,” she said.

“This is because these key issues have not been faced up to yet.

“The DUP are focusing on protecting the Union with Britain above all else regardless of the consequences for society, for the economy or for the people.”