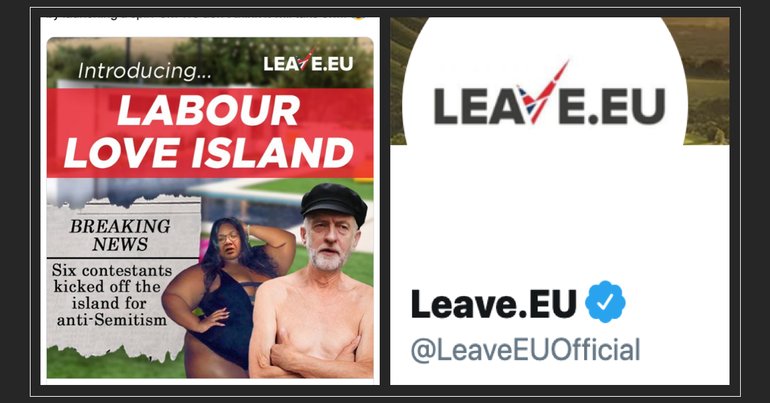 The official pro-Brexit Leave.EU Twitter account has posted a disgusting image mocking Diane Abbott and Jeremy Corbyn. And they’re reaping the whirlwind for it.

In a weak attempt at a Love Island gag, Leave.EU managed to both body shame and sexualise Diane Abbott. The image is both racist and sexist.

ITV bosses are keen to exploit the success of Love Island by launching a spin-off. We don't think it will take off… 😂

There may be those wondering how this is racist. Here’s how.

It falls into the category of misogynoir – a blended racism and sexism aimed at women of colour. Our bodies are simultaneously reviled and hyper-sexualised. To understand better how this works in reality, we can look at the kinds of abuse aimed at high profile women of colour such as Serena Williams and Caster Semenya.

It was hard for me. People would say I was born a guy, all because of my arms, or because I’m strong.

Meanwhile, in athletics, white competitors are attempting to use South African Olympian Caster Semenya’s body to force her out of the sport. This was led by white women athletes who were literally crying because Semenya beat them so easily.

lynsey sharpe came in 6th in rio, didn't have a piss icicle's chance in hell of winning dust let alone a medal but blamed her failure on caster semenya? pic.twitter.com/1jF48HY56g

The International Association of Athletics Federations (IAAF) sided with the white women athletes. And this was the exact opposite of how governing bodies and competitors treated white, male swimmer Michael Phelps. As Monica Hesse explained in the Washington Post:

Phelps possesses a disproportionately vast wingspan, for example. Double-jointed ankles give his kick unusual range. In a quirk that borders on supernatural, Phelps apparently produces just half the lactic acid of a typical athlete — and since lactic acid causes fatigue, he’s simply better equipped at a biological level to excel in his sport.

I’m thinking of those stories, because I’m thinking about the ways Michael Phelps was treated as wondrous marvel. Nobody suggested he should be forced to have corrective surgery on his double-jointed ankles, nobody decided he should take medication to boost his lactic levels.

To put the tweet in context, a recent study found that Diane Abbott – Britain’s first Black, woman MP – received more abuse than any other MP during the 2017 election. In fact, she received almost half of all abuse aimed at women in Westminster. Speaking during an hour-long debate in July 2017, Abbott detailed the abuse and intimidation she had been subjected to, saying:

But this abuse doesn’t just come from members of the public. It stems from her conservative opponents in press and politics.

Paul Staines runs conservative blog Guido Fawkes. In June 2017, he was accused of misogynoir for abusing Abbott on social media: 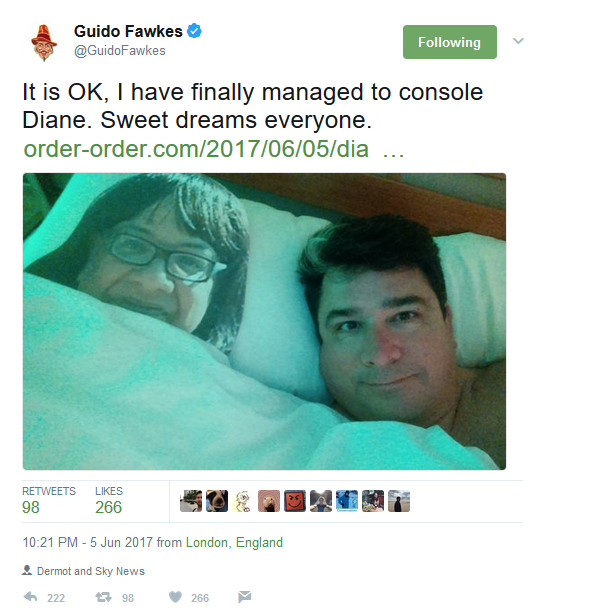 Jeremy Corbyn, a stud of a man

A playboy was he with his lover Diane

She’d get into bed wearing only her blusher

And lie back with Jezza just thinking of Russia

When Abbott supported the rights of refugees, UKIP supporters called for her to be raped: 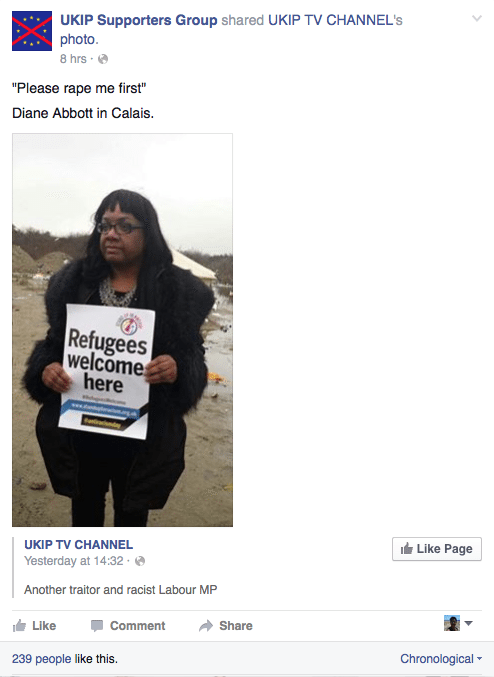 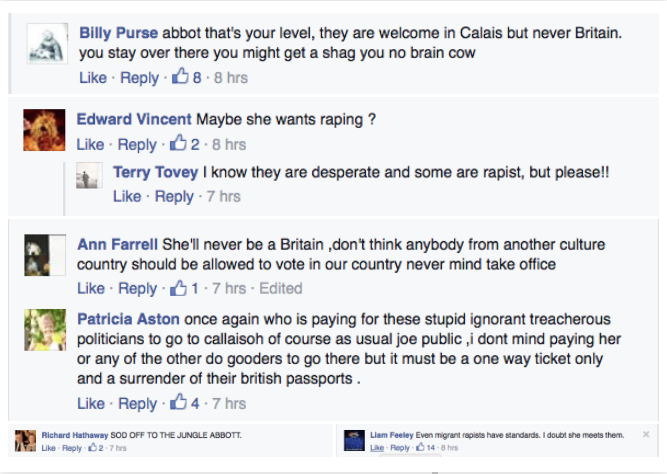 There is a never-ending list of examples I could continue to post here. But the point has been made. No MP is more abused than Diane Abbott. And the fact she is a Black woman has a large role in that.

It’s been refreshing to see so many people calling out Leave.EU for posting the image. And not just from Remainers, but from Brexit-backing voters too. 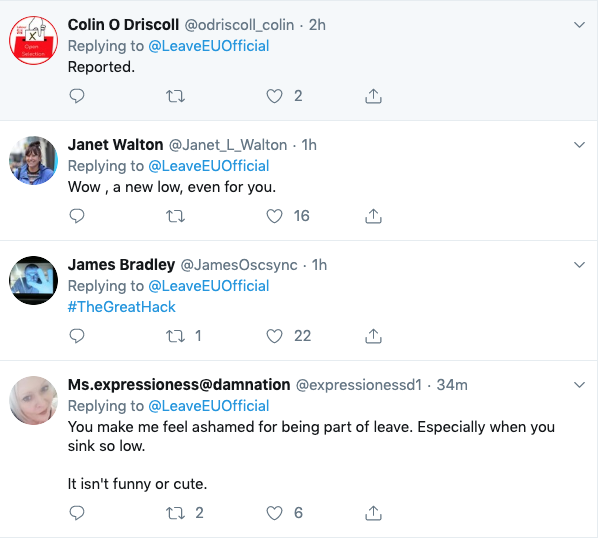 Racism and sexism should have no place in our politics. But right now, it seems like ethnicity has become a bargaining chip. The far right is back in the mainstream of politics. And centrists are too busy weaponising false claims of racism against the left for political advantage to fight it. So the left is having to fight this war on both fronts: standing with victims of racism, and standing against those who use ethnic minorities as human shields. It’s a difficult and thankless task. But so are many of life’s most worthwhile pursuits.