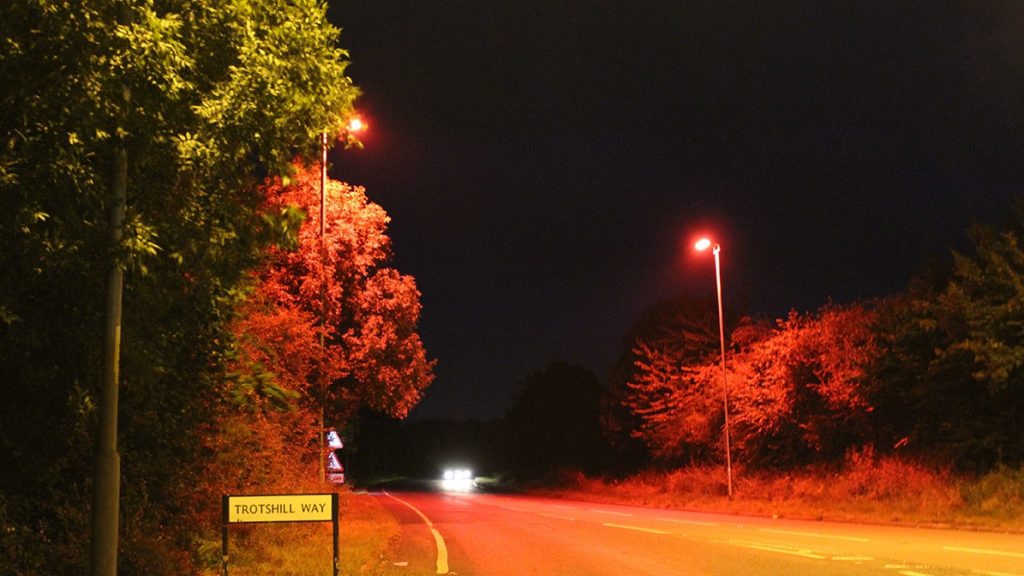 A stretch of “bat-friendly” street lighting has been switched on in what is believed to be a UK first.

The LED lights, which emit a red glow, will provide bats with a 60-metre-wide crossing area on the A4440, near to Worcester’s Warndon Wood nature reserve.

Worcestershire County Council has described the lighting as an innovative approach to a much-needed highway crossing with a greatly reduced impact on local wildlife.

It said research shows some species of bat are light shy and will not cross roads lit by white lights, which can stop them accessing food supplies and water.

The lighting scheme is being installed in two phases of work, to ensure the safety of road users, and also features a crossing suitable for pedestrians and cyclists accessing the Worcester Six Business Park.

Councillor Ken Pollock, Worcestershire County Council’s cabinet member for the economy and infrastructure, said: “These ground-breaking lights are a great example where we have been able to adapt the usual standards to better suit the local environment.

“The crossing itself will very much benefit those travelling between the city centre and the business park.

“The adapted lighting being used may look a little different at first, but we’d like to assure those using the area at night that the colour of the lights has been through stringent testing and adheres to all safety checks.”

Visibility for drivers and pedestrians is not affected by the red light and the scheme is fully compliant with the required standards, the council has said.