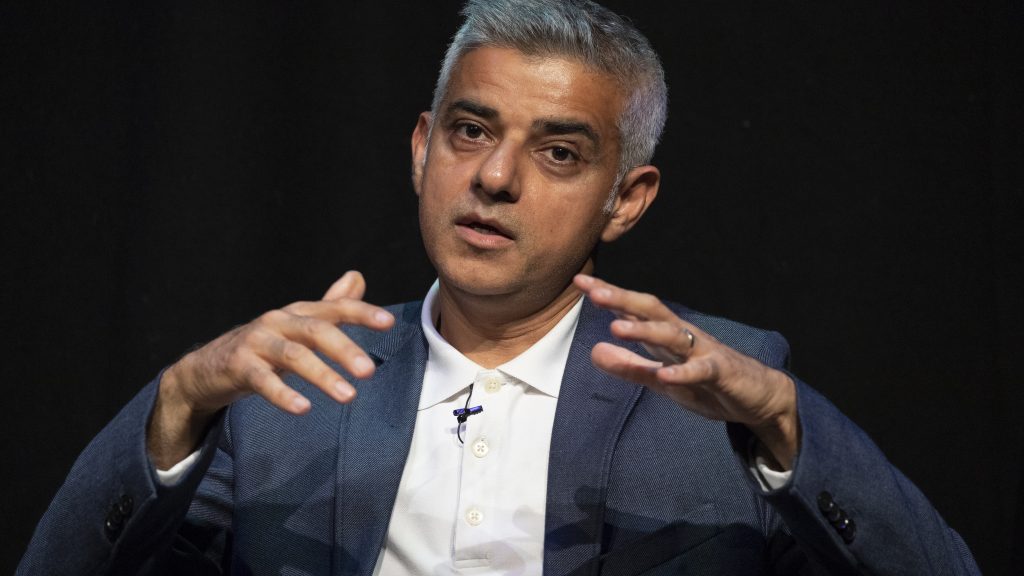 London Mayor Sadiq Khan has called Donald Trump “the poster boy for the far-right around the world”.

Speaking to a fringe event at the Labour Party’s annual conference in Brighton, Khan was asked why he thought the US president chose to tweet about him so often.

Trump has tweeted his disapproval of the London mayor several times, most recently earlier this month when he called him “The incompetent Mayor of London, Sadiq Khan”.

I have got no idea why Donald Trump tweets about the Muslim mayor of London.

The serious point is this. Do we stand up for our values, and do we, you know, take an argument against somebody who in what he says and what he does are the opposite of our values?

Or do keep quiet? And the thing about America is we do have a special relationship with America.

They are our closest allies and of course that means at times of adversity we stand shoulder to shoulder with them.

But Donald Trump is the poster boy for the far-right around the world.

This is a man who retweets the tweets of known racists and amplifies the messages of known fascists.

This is a man who equates anti-racist marches in Charlottesville with anti-Semites and white supremacists.

This is a man who thinks we should ban Muslims from going to America, separate children from their parents at the Mexican border and ban LGBT+ people from joining the armed forces, remove money from clinics that give abortions.

But around the world, he is revered by the likes of Salvini in Italy, Orban in Hungary, Duda in Poland, Le Pen in France, Farage in the UK, Boris Johnson in Downing Street.

And we have got a choice, do we empower and allow him to propagate this message of hatred or do we stand up for our values?

At the event hosted by the New Statesman, Khan added:

I think we should be proud that in 2016, at a time when according to political commentators in London we had the most racist, divisive, Islamophobic campaign in history, Londoners’ response was to choose hope over fear, unity over division and love over hatred.

And London chose a mayor of London who wasn’t just the son of immigrants, but was not just an ethnic minority, but a member of a faith in the current climate was at the receiving end of Islamophobia.