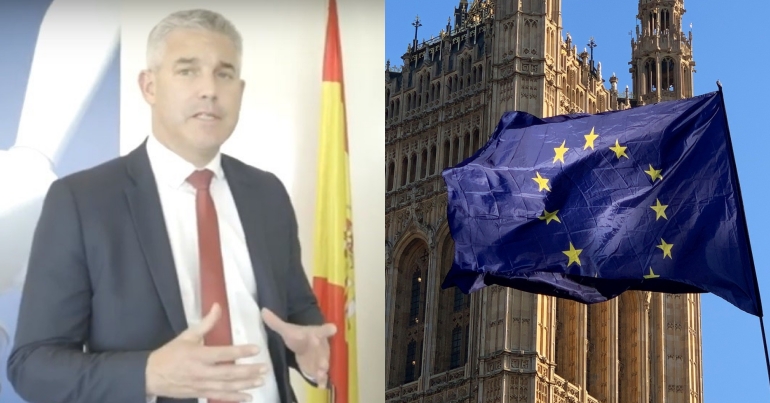 On 19 September, the Brexit secretary Stephen Barclay spoke at a Europa Press breakfast in Madrid. And not for the first time, Barclay showed that Conservative ministers just don’t seem to understand the effects of Brexit.

So one Irish journalist aptly placed his comments near the top of a list that nobody would want to be on:

The number of idiotic speeches by senior British ministers on Brexit over the last three years is long, but ⁦⁦@SteveBarclay⁩ contribution in Madrid today is one for the Top Ten #brexit https://t.co/HSfcDk79sK

because the backstop has failed to achieve the consent of both communities in Northern Ireland.

But if we follow Barclay’s rationale then Brexit, for the north of Ireland at least, also has to go. Because almost 56% of the population in the north voted to remain in the EU at the 2016 referendum. This means Brexit doesn’t have the support of both communities either. So Barclay’s rationale of rejecting the backstop has to be equally applied. This could leave the north with no other option but to join the south of Ireland.

The numbers have increased since then

Furthermore, a recent poll shows almost 60% of people living in the north favoured having a border in the Irish Sea as opposed to having one on the island of Ireland, post-Brexit. They see this as a compromise solution to avoid ‘losing up to 40,000 job and damaging food and farming sectors’. So the majority do favour the backstop.

Over 80% of the people surveyed in that poll believe the British government is handling Brexit negotiations badly. Additionally, a DUP supporter who had publicly backed the DUP Brexit position now says he ‘regrets voting Leave’. As a farmer, he fears the negative consequences of no-deal.

The backstop is one of the main obstacles to a Brexit solution. It’s “a legal guarantee to avoid a hard border under all circumstances” after the UK exits the EU on 31 October. So it would mean no hard border on the island of Ireland.

And it means the UK could remain in a “single customs territory” for a period. This is something which the Conservative government and its DUP allies say they oppose. There does appear to be a softening of that position in recent days, though, as previously reported by The Canary. So Barclay’s position makes even less sense.

It is inconsistent with the Belfast / Good Friday Agreement [GFA]– the very thing it claims to protect.

But the UK attorney general Geoffrey Cox refuted this notion back in December 2018. Barclay claimed this despite the fact that it’s his own party’s confidence and supply agreement with the DUP that actually runs counter to the GFA. After all, the DUP represents one particular identity and tradition in the north. The peace agreement states:

Barclay stating that the backstop is inconsistent with the GFA is not only ill-informed, it’s also potentially dangerous. It could heighten tensions in the north. Because if he’s suggesting the backstop must go because it doesn’t have the support of both communities, then so too does Brexit. And that could result in the north being forced into a united Ireland – something loyalist extremists would potentially resist.

So his comments could fuel the claims from unelected loyalists who say a terrorist organisation like the UVF is watching Brexit negotiations “very closely”. But thankfully, for the time being at least, democratically elected loyalists have refuted this nonsense.

So Barclay’s speech is not only “idiotic”, but it’s also potentially dangerous.