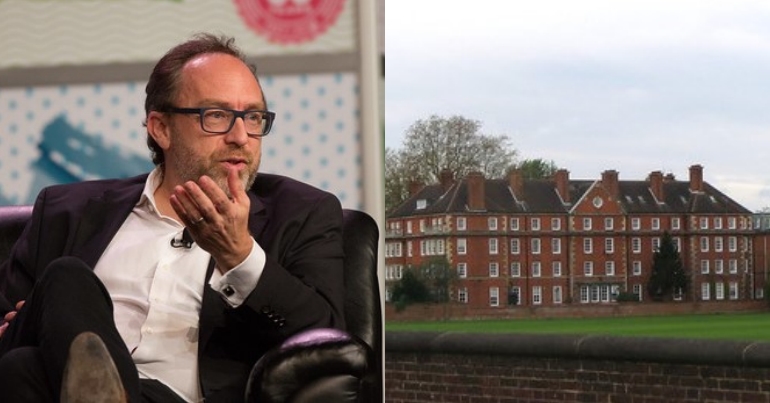 On 22 September, delegates at the Labour Party annual conference in Brighton voted for a motion to abolish private schools. The plan would see the removal of their charitable status and a redistribution of their properties to the state. Delegates approved this motion to become part of Labour’s next election manifesto.

It’s a radical proposal that could revolutionise the British education system. And while you might expect some opposition to this move, nonsensical analogies, like the one from Wikipedia founder Jimmy Wales, make no sense at all.

First they came for the private schools…

Wales clearly took exception to the vote. And it is of course his right to disagree. But taking the vote result completely out of context and drawing the most bizarre and horrendous of analogies is not helpful. Particularly if this misleads the debate. Unfortunately, the Wikipedia founder couldn’t see it for the progressive move that it is.

Wales’ statement draws on the Martin Niemöller quote which laments that many Germans were complicit in Nazi persecution and murder of millions by their silence. So exactly how this applies here is a mystery. And it appeared to be a mystery to many who took to social media.

People on social media put this outrageous comparison in its place. Initially, people were just shocked:

Really? Seriously? You are equating private schools’ losing charitable tax status with being a victim of the Nazis?

Cool way to appropriate the line “first they came for the socialists” discussing the literal murder and imprisonment of socialists so that you can pretend that addressing societal inequality is in any way comparable.

Imagine thinking it's ok to replace 'socialists' in that poem with basically the opposite.

Another person, somewhat humorously, attempted to follow his logic:

And finally someone threw his lack of logic back in his face:

You'll note that the first line of that poem actually reads "First they came for the socialists…", which is exactly what you're currently doing.

Wales’ comment is even more confusing when Wikipedia itself claims to “set learning free”.

But regardless of Wales’ comment, grassroots campaigners and supporters celebrated the vote as a victory:

Labour members passed our motion *unanimously* to integrate private schools into the state sector in the next manifesto.

This is the power of the grassroots in action.

Comedian David Schneider welcomed it in a humorous yet honest fashion:

There are few stronger arguments for getting rid of public schools than the fact that they gave us these two: pic.twitter.com/u9qobptNuE

The problem with private education

The campaign to abolish private schools has been underway for some time. Some believe private schools “have held an untouchable air in this country”, and that they damage society, as some get into positions of power “on the basis of wealth rather than talent”. But now Labour promises to end all that by agreeing to include the outcome of this vote in its next election manifesto.

A parent wanting the best for their child is natural. But it’s not natural that it should come at the expense of wider society. While this vote might just be election policy, it’s a significant steps towards making our society a lot fairer.