Ian Austin came to Brighton to embarrass Jeremy Corbyn. He embarrassed nobody but himself. - Canary Workers’ Co-op 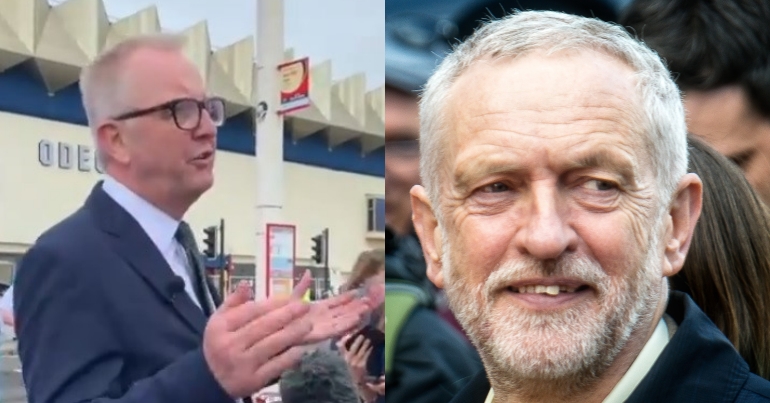 Independent MP for Dudley North Ian Austin came to the Labour Party conference in Brighton to launch a campaign “to shine a spotlight on extremism and racism”. He also used this as an opportunity to, once again, attack and try to embarrass Labour leader Jeremy Corbyn.

But unfortunately for Austin, the embarrassment was all his. It also seemed to be a contradiction of a previous position he’d adopted.

He tried to embarrass Corbyn by displaying, on a portal billboard, the slogan:

And just like his last failed attempt to smear Corbyn and the Labour leadership in the House of Commons, this attempt also failed.

Not long after he launched his new website on that same mobile billboard, people took to social media to express their shock:

Rather than engage Austin’s nonsense, one person responded by video, showing praise for the very man Austin was attacking:

In his speech, Austin claimed he was launching a campaign “to shine a spotlight on extremism and racism”. So one person reminded him of a position he once held on immigration:

"decent, mainstream, traditional values" like…fuck off back to where you came from? That sort of thing? Not sure that's "decent" Ian, sounds a bit BNP-ish. https://t.co/FiC2AIfLV5

Time to move on

Austin quit the Labour Party in February 2019. So it beggars belief that, in addition to sitting in the Labour benches in the House of Commons, he continues to follow the party around. You’d hope he gives the same time and energy to the good people of Dudley North.

If he has a message worth bringing to the British people, then he should do this under his own steam. But it’s time he gave up this litany of failed and embarrassing attacks on his former colleagues and did something useful for the people he’s supposed to be representing.