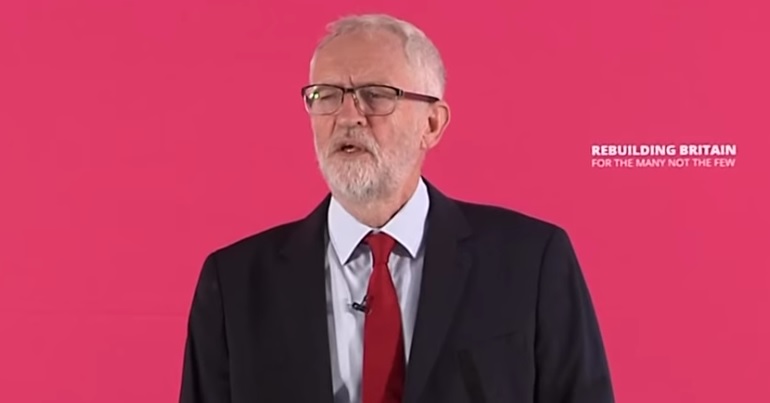 The Labour Party conference has backed leader Jeremy Corbyn’s policy of remaining neutral on Brexit until after a general election. Supporters have insisted that his stance is ‘democratic’ and ‘healing’.

Corbyn has promised that a government he leads will negotiate a new Brexit deal and put it to a referendum, but he has so far resisted calls to say how the party should campaign in that public vote.

Delegates at the conference in Brighton backed a statement setting out his position and broke out into a chorus of “oh, Jeremy Corbyn” after the result of the vote was announced.

The conference then rejected a motion which would have called on Labour to come out in support of Remain now rather than waiting until after an election.

The result is a boost for Mr Corbyn, who has argued that Labour should go into the expected general election without making a decision on how it should campaign on the referendum his party has promised within six months of taking office.

A decision on how the party would campaign in the referendum would be taken at a subsequent special conference.

Supporters of the plan praised its passing, especially as Labour’s Conservative and Liberal Democrat opponents have taken positions appealing very clearly to only one side of the Brexit debate:

From the live feed, it looked to me as if the vote on the composite motion on Brexit (Composite 13) was fairly clear cut.
I know there'll be disappointment, but this does make @UKLabour the only major party supporting a People's Vote, and a genuine opportunity to heal the divide. pic.twitter.com/gRoYlVIunL

“It would be a car crash to send @jeremycorbyn into a General Election saying he could negotiate a credible deal when it’s our position to reject that deal.” @BeckettUnite and @unitetheunion are 100% correct. ⤵️#Lab19 pic.twitter.com/XiAuQMK7ZK

90% of Constituency Labour Parties did NOT submit motions in favour of Remain. 9.2% of CLPs did. 4.6% of CLPs submitted motions relating to Brexit that were not remain. 86.2% of Labour CLPs did not submit any motion relating to Brexit at all. One Labour MP often spreads this lie.

The vote came after shadow cabinet ministers Emily Thornberry and Sir Keir Starmer both used their keynote conference speeches to say they would back Remain.