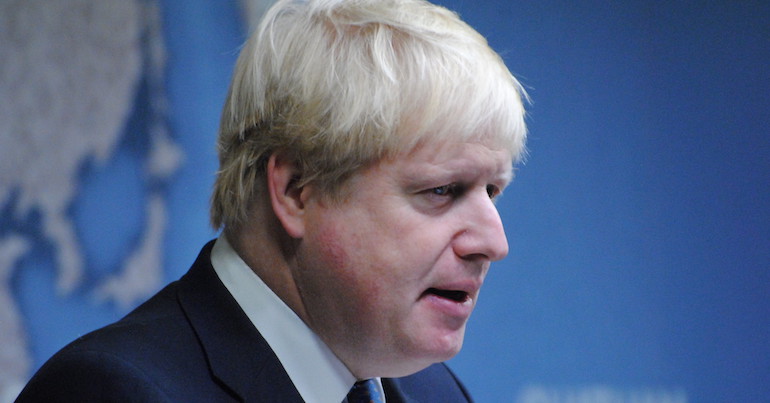 The UK’s Supreme Court has ruled that Boris Johnson’s prorogation of parliament was unlawful. This is a landmark ruling. In short, the verdict delivered by Judge Lady Hale basically said “fuck Johnson, fuck the government”.

“Contempt for democracy and an abuse of power”

The judgement delivered on 24 September stated:

the decision to advise Her Majesty to prorogue parliament was unlawful because it had the effect of frustrating or preventing the ability of parliament to carry out its constitutional functions without reasonable justification. …

It is for parliament, and in particular the Speaker and the Lord Speaker to decide what to do next.

Bercow: “As the embodiment of our Parliamentary democracy, the House of Commons must convene without delay. To this end, I will now consult the party leaders as a matter of urgency.”

As Sky‘s Lewis Goodall noted, this is an extraordinarily important verdict:

Lady Hale has just told this country that the Prime Minister, Boris Johnson advised the Queen to act unlawfully.

acted wrongly in shutting down parliament. It demonstrates a contempt for democracy and an abuse of power by him…

I will… demand that he obeys the law… and recognise that our parliament is elected by our people to hold our government to account.

At least one big relief in the Brexit saga: the rule of law in the UK is alive & kicking. Parliaments should never be silenced in a real democracy.

I never want to hear Boris Johnson or any other Brexiteer say again that the European Union is undemocratic.

In just a few short weeks the Prime Minister, a man previously twice sacked for lying & put in office by a body of people the size of a football crowd has lost every vote, trampled on our democracy & broken the law. He has shamed himself & our country & should resign immediately

Whether we support the monarchy or not, this verdict ruled that Johnson essentially lied to the queen. So many people went as far as calling him a criminal:

How can the prime minister stay in office when he is UNANIMOUSLY deemed by the Supreme Court to have lied to the Queen and subverted parliamentary democracy? He's essentially a criminal. #SupremeCourt

A vote for Johnson is a vote for a criminal. He broke the law. He lied to the queen. He's pissed on democracy itself. He must resign and should be in the dock himself. #BorisJohnsonMustResign

So far, Johnson’s made no response. He’s currently in New York. He was due to give a “major Brexit-related speech” and meet with Donald Trump and Irish taoiseach Leo Varadkar. Aides reportedly said “it would take time to digest” this “extraordinary” verdict.

Thoughts are with colleagues at @UKUN_NewYork who will be with Boris Johnson at UNGA today. Although I wish I could be a fly on the wall for the day

I really want to be a fly on the wall in the room where Johnson and his legal advisors are right now.

This is a monumental day in British politics. Amid rumours that Johnson may refuse to resign and may well try to suspend parliament a second time, it remains to be seen what happens next. But nothing will ever take away the power of this verdict when 11 judges unanimously said ‘fuck Johnson’ and stuck it to this corrupt, right-wing government.