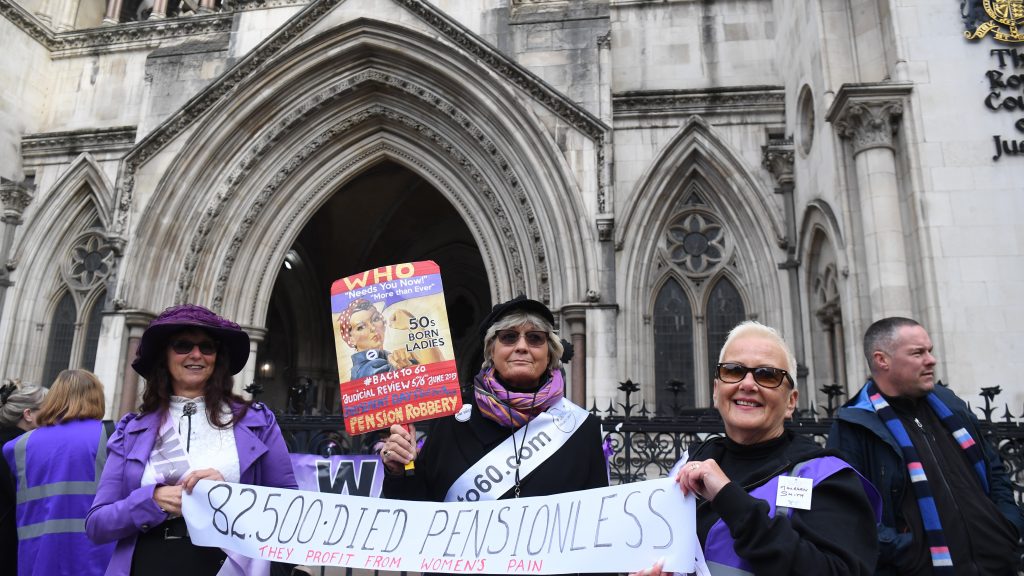 Women affected by controversial changes to the state pension age have lost their landmark High Court fight against the government.

Nearly four million women born in the 1950s have been affected by the changes, introduced by successive governments in an attempt to ensure “pension age equalisation”, which have raised the state pension age from 60 to 66.

Two claimants – Julie Delve, 61, and Karen Glynn, 63 – took the Department for Work and Pensions (DWP) to court, arguing that raising their pension age “unlawfully discriminated against them on the grounds of age, sex, and age and sex combined”.

The pair, supported by campaign group Backto60, also claimed they were not given adequate notice in order to be able to adjust to the changes.

In a summary of the court’s decision, the judges said: “There was no direct discrimination on grounds of sex, because this legislation does not treat women less favourably than men in law.

“Rather it equalises a historic asymmetry between men and women and thereby corrects historic direct discrimination against men.”

The court also rejected the claimants’ argument that the policy was discriminatory based on age, adding that even if it was “it could be justified on the facts”.