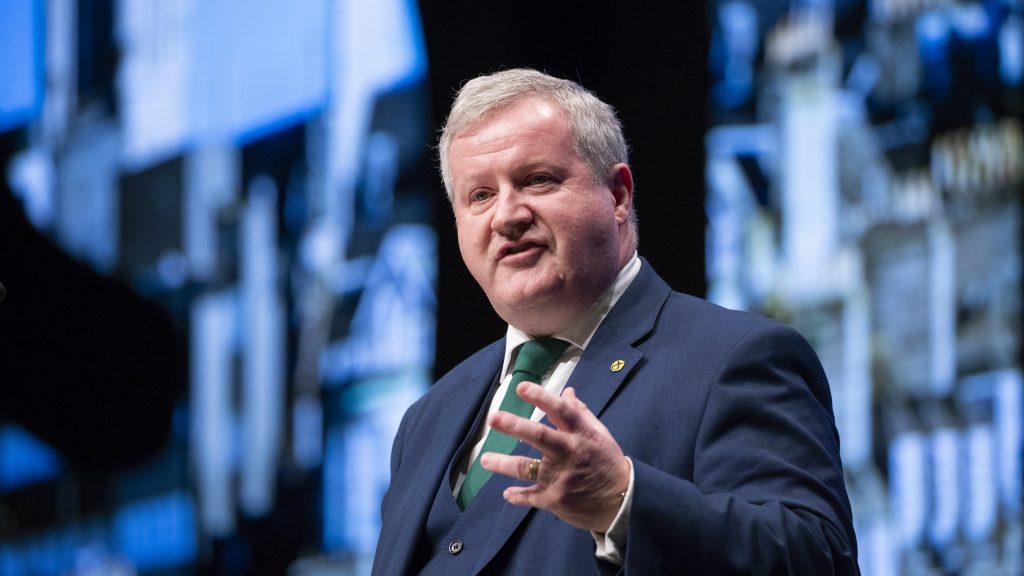 The UK government is “shafting” Scotland after agreeing a Brexit deal with the European Union, according to the SNP’s Ian Blackford.

Speaking on the BBC’s Victoria Live programme, the party’s Westminster leader said the deal announced on Thursday by Boris Johnson would give the north of Ireland a competitive advantage over Scotland.

The MP said although he welcomes an agreement which would effectively allow the north of Ireland to stay in the customs union and the single market, he added that calls for Scotland to have a similar arrangement had been ignored.

Westminster will sit on Saturday to vote on the deal, with the SNP having confirmed its 35 MPs will not support it.

Blackford said: “If it does go through (the deal), we will be saying to the opposition parties that we have to come together.

“We have to remove Boris Johnson’s government from office and we have to move to an early general election.

“There’s an important point here, and obviously we appreciate the unique circumstances of Northern Ireland, everyone wants to see the continuation of peace and security.

“But Northern Ireland in effect is being kept in the single market and the customs union.

“That was our compromise position and the UK government has completely ignored us.

“The UK government is shafting Scotland and we need to make sure that we can get to that election.”

Asked whether he believes the north of Ireland has been given a “privileged” position, Blackford said: “Absolutely. This is a competitive advantage that Northern Ireland is going to have.

“That’s important for business but also for fishing and farming. So if you think about all those who are engaged in fishing off the west coast, those that are engaged in farming, they’re not going to get the same terms and opportunities that are going to be offered to those in Northern Ireland.

“I welcome the fact that Northern Ireland has got this deal but Scotland has been ignored through this.

“But we sit back and allow the UK to take us out of the European Union against our will.”

There have also been calls for a motion of no confidence to be triggered against the UK government.

Blackford said: “We are happy to trigger a motion of no confidence, we’ve said to the other opposition parties, ‘accept your responsibilities’.

“I look forward to having an election and pitting ourselves against the Tory MPs in Scotland that look as if they’re going to vote for this.

“They’re going to vote against the interests of the people of Scotland, and the other opposition parties should accept their responsibilities as well.”