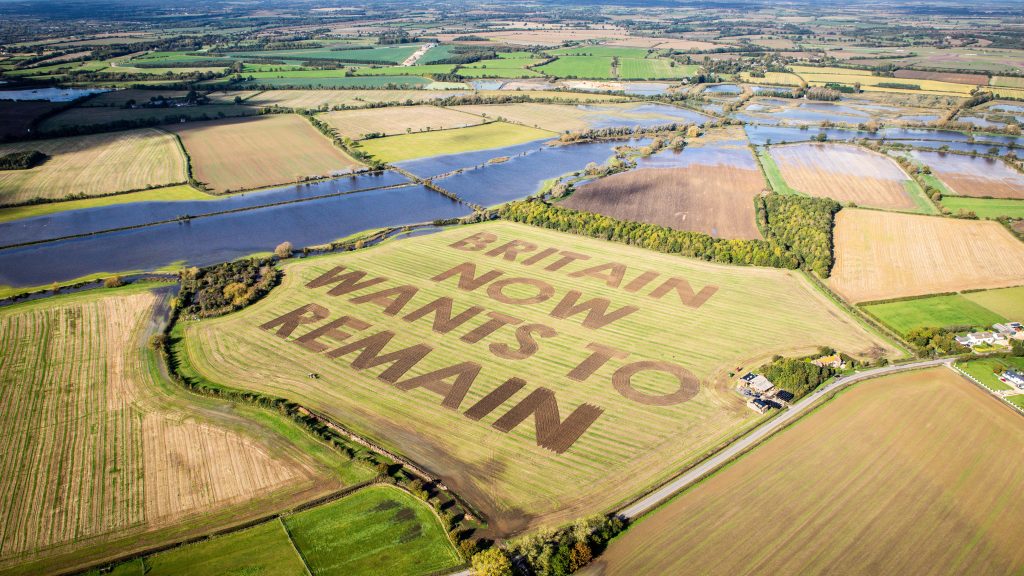 A huge anti-Brexit message has been ploughed into a field in Wiltshire.

The move was timed to coincide with the build-up to Saturday’s People’s Vote march in London, and the crucial vote in Parliament on the prime minister’s deal.

Led By Donkeys released a film of the message shot from a helicopter, with a voiceover by ex-Leaver Lisa Dodd, who says: “I voted Leave because of the NHS. I just can’t believe I fell for it. Manipulated wasn’t I, well and truly? I wonder how many more?

One of the founders of Led By Donkeys, Olly Knowles, said: “Amid the drama in Brussels and Westminster we’re losing sight of a simple, crucial truth – this country doesn’t actually want to leave the European Union.

“A YouGov analysis of 300 polls shows a majority of Britons would now vote to stay in the European Union. Boris Johnson may have a deal but that doesn’t mean he has the support of the public.”

David Lewis of Manor Farm, Water Eaton, Swindon, where the protest message has been ploughed, said: “Brexit would be just awful for farming.

“So many farmers voted Leave but have since realised they were had.

“It gives me real pride to see this huge message ploughed out in our field.

“I hope the people in London get to see it. This country has changed its mind.”