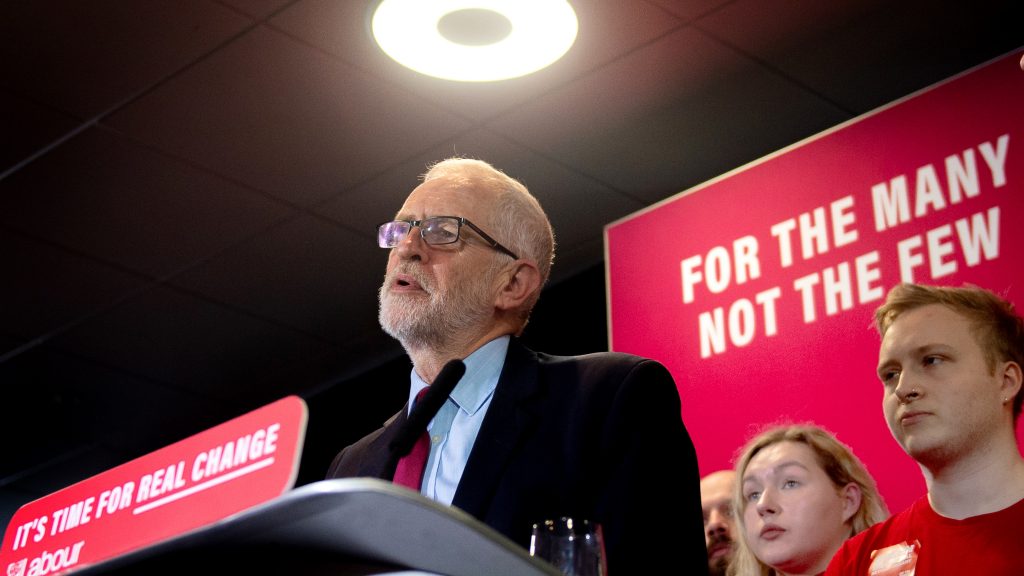 On 28 November, Labour leader Jeremy Corbyn unveiled a commitment to create 10 new national parks to tackle the climate crisis. He also promised to set an example for his plans to sow two billion trees by 2040 by planting one given to him by Extinction Rebellion (XR) activists in Downing Street.

Speaking to supporters in Southampton FC’s stadium, Corbyn revealed that he would plant a hornbeam tree he’d received from climate protesters in a “really nice place” in Number 10. This comes as seven XR hunger strikers remain outside the headquarters of political parties in London, having passed the tenth day of their strike. Labour’s John McDonnell met with hunger strikers on 25 November outside Labour HQ and said he would try to arrange a meeting with Corbyn to discuss the strikers’ demands.

Noting estimates that it would require 200 trees to be planted per minute to hit his target, Corbyn pointed out that “it’s not going to be all done by one person”. And he said: “Yes, it is a massive planting programme. I don’t apologise for that because it is a massive issue.”

Corbyn committed to spending £3.7bn in capital investment for the planting programme and habitat restoration if he wins the election. Friends of the Earth welcomed the planting plan as “by far the most ambitious” of all the parties’ tree pledges, which are aimed at capturing atmospheric carbon to offset emissions.

Labour wants the 10 new protected parks to be added to the 15 existing ones during its first term. Candidates include the Malvern Hills, Chiltern Hills, Lincolnshire Wolds, the North and South Pennines, coastal Suffolk and Dorset, the Cotswolds and Wessex. Environmental degradation, potential for carbon sequestration and biodiversity net gain would be among the criteria for the areas to get the status. Labour estimates the programmes would help create 20,000 of the one million green jobs it has pledged as part of a “green industrial revolution”.

“Ambitious, credible and fully-costed plans to tackle the climate crisis”

The campaign group also highlighted on 28 November that new Survation polling on behalf of the New Economics Foundation thinktank has found high levels of support for Labour’s Green Industrial Revolution plans – particularly in key Labour-held marginals across the Midlands and the North of England. At least two thirds of voters in 45 Labour heartland marginal seats, the group said, would consider action on the climate crisis to be important when deciding who to vote for. The news, it said, could give Labour a boost ahead of Thursday’s Channel 4 climate debate. Angus Satow, co-founder of Labour for a Green New Deal, said:

Labour’s Green Industrial Revolution will bring back investment and good jobs to parts of the country too abandoned for far too long. Voters across the Midlands and North face a clear choice between a Conservative Party who won’t lift a finger for our communities, or a Labour government which will put us at the heart of Britain’s fourth Industrial Revolution.

Meanwhile, the Yorkshire Post reported on 28 November that Labour was planning a “cross-departmental regeneration package” in Yorkshire’s former mining communities, which would include action on “jobs, education, and skills”.

Labour has developed ambitious, credible and fully-costed plans to tackle the climate crisis by 2030 while building a more prosperous economy for the many by insulating 27 million homes, revolutionising our public transport system and creating a million green jobs. Labour’s Green New Deal is needed for our economy, our planet and our future.