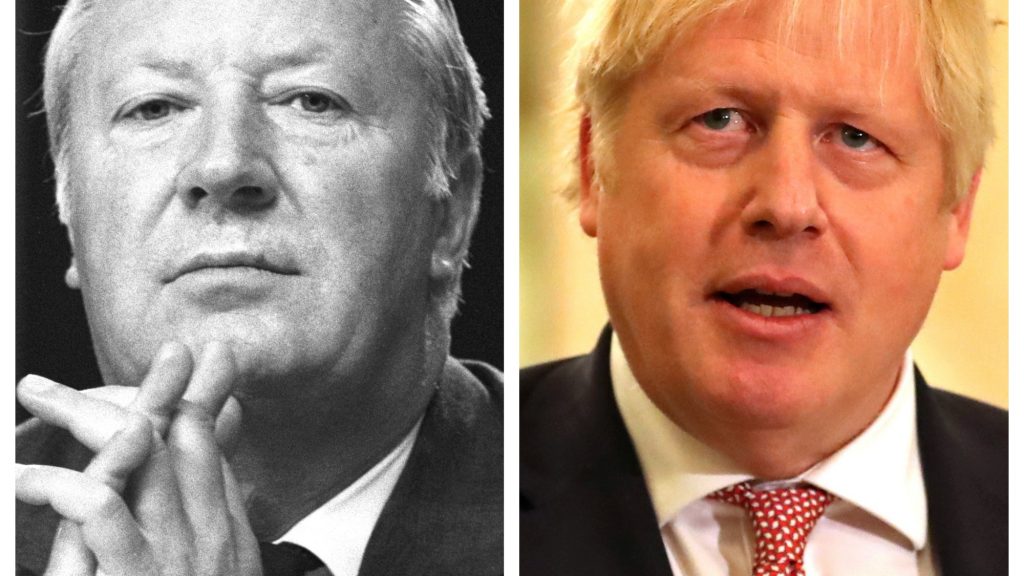 The UK joined the then European Economic Community (EEC) in January 1973, with Conservative prime minister Edward Heath at the helm.

Here is a rundown of a few other things that have changed between then and now.

– Employment and women in work

Sarah and Paul were the most popular baby names in England and Wales in 1974, with Claire and Mark taking second place, according to historical ONS data.

Regionally, Olivia was the most popular name for girls throughout England and Wales, while Oliver was outranked by Muhammad in four of the nine English regions, and by Harry in the North East, according to the 2018 ONS data.

Little Jimmy Osmond was at number one in the charts with Long Haired Lover From Liverpool when the UK joined the EEC in 1973.

In the summer of 1973, David Bowie retired his Ziggy Stardust persona at the Hammersmith Odeon in London. Bowie died in 2016.

In January 2020, Stormzy and Ed Sheeran are at the top of the charts, with Lewis Capaldi, Selena Gomez and Dua Lipa providing some of the popular tunes.

The James Bond film Live And Let Die was released in Britain in 1973, with the starring role played for the first time by Roger Moore as the spy with the licence to kill.

It featured 007 investigating the murders of three fellow agents when he finds himself a target.

While evading assassins to track down Kananga (Yaphet Kotto), who is co-ordinating a global threat using tonnes of self-produced heroin, he meets tarot card reader Solitaire, played by Jane Seymour.

It was the first of seven outings as Bond for Sir Roger, who died in 2017.

The 25th film in the spy franchise, No Time To Die, is due out in 2020 and will see Daniel Craig in his fifth outing as the MI6 agent.

In 1973, Britain was beginning to enjoy a busy period for TV comedy, with Last Of The Summer Wine, Some Mothers Do ‘Ave ‘Em, Open All Hours and Porridge coming to the small screen.

Fast forward to the present day and the comedy phenomenon is Fleabag, created by and starring Phoebe Waller-Bridge, who was also involved in the writing of hit drama Killing Eve.

The introduction of Netflix and TV streaming services means that viewers in 2020 have a lot more choice than the few channels available in 1973, with Netflix favourites including The Crown and Making A Murderer.

In 1973, Sunderland scored an epic FA Cup victory over Leeds United while Jan Kodes and Billie Jean King won the men’s and women’s finals at Wimbledon.

But the big sporting story of the last year belonged to the heroes of the English cricket team, after their World Cup victory in one of the most dramatic finals ever seen in team sport.

Hours of play ended in a super over – a six-ball shoot-out that had only occurred 11 times in international history and never before in a one-day international.