Nicola Sturgeon: SNP ready to ramp up case for ‘better future’ with independence - The Canary 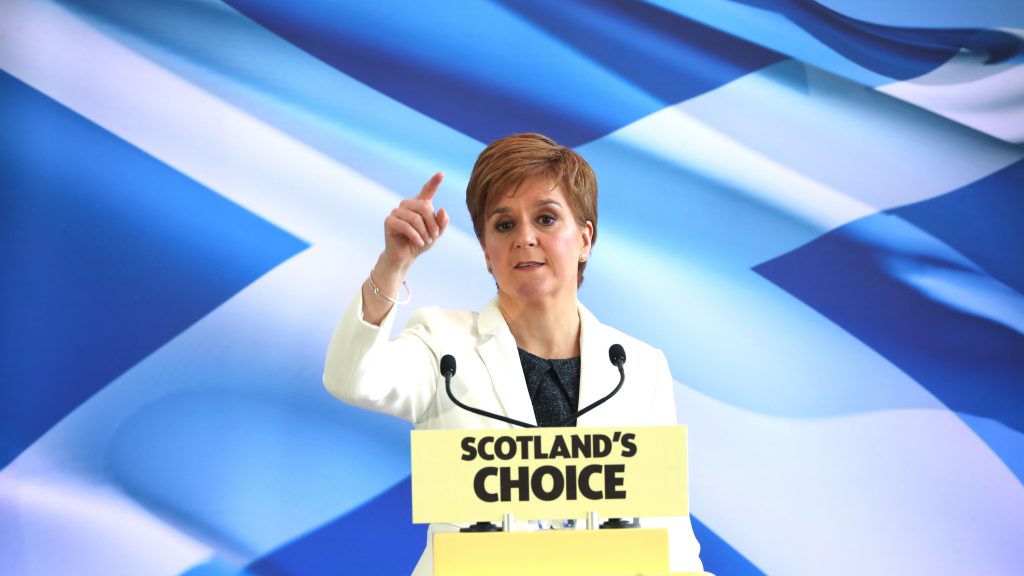 The SNP is ready to “ramp up” its campaign to persuade Scots to choose independence, Nicola Sturgeon said, as she accused the Tories of “goading” Scotland.

The party leader spoke in Edinburgh on the day the UK officially leaves the EU, which she said would be a “moment of profound sadness” for many.

Sturgeon said a “different, better” future is open to Scotland with independence.

She added: “Our task is to persuade a majority of people in Scotland to choose it.

“Our party campaign is therefore ready to ramp up.

“And it is vital that as we campaign we listen and engage respectfully.”

Sturgeon claimed there is no line Boris Johnson will not cross to prevent Scots from having their say on the country’s future.

She said: “It’s not just his dismissal of election results in Scotland and his derision at votes in the Scottish parliament.

“This week he described considered, consensus-driven Scottish government proposals on migration as ‘deranged’.

The speech at Dynamic Earth came the day after a YouGov poll put support among Scots for leaving the UK at 51%.

Pressure on the union has been mounting since Scots voted to stay in the European Union in 2016.

The Scottish parliament this week voted in favour of a second independence referendum.

Sturgeon did not rule out testing the possibility of a consultative referendum in court if the UK government continues to deny requests for another poll.

Addressing the legal ambiguity around the powers of the Scottish parliament to hold a non-binding vote – since it has never been tested in court – she said: “That means it cannot be said definitively that it would not be legal, but equally it cannot be described as being beyond legal doubt.

“If a proposal for a referendum on that basis was brought forward, it would be challenged in court.

“If a court ruled that it was legal, it wouldn’t be a ‘wildcat referendum’ as our opponents like to brand it – it would be within the remit of the Scottish parliament.

“Now, should the UK government continue to deny Scotland’s right to choose, we may reach the point where it is necessary for this issue to be tested.

“I am not ruling that out.”

Sturgeon also announced the Scottish government is requesting that the Electoral Commission tests the question for another referendum.

The question – should Scotland be an independent country? – was used in 2014, however the Scottish parliament has insisted it would need to be re-tested before being used in another vote.

The first minister also said she would look to “broaden the coalition” in support of the right for Scotland to hold another vote.

She said: “In the first instance we will invite Scotland’s elected representatives – MSPs, MPs, the MEPs elected last year and council leaders – to come together to endorse a modern claim of right for Scotland through a new constitutional convention.

“To declare that it is for the Scottish parliament to decide whether and when there should be an independence choice and build support for that principle amongst civic Scotland.”