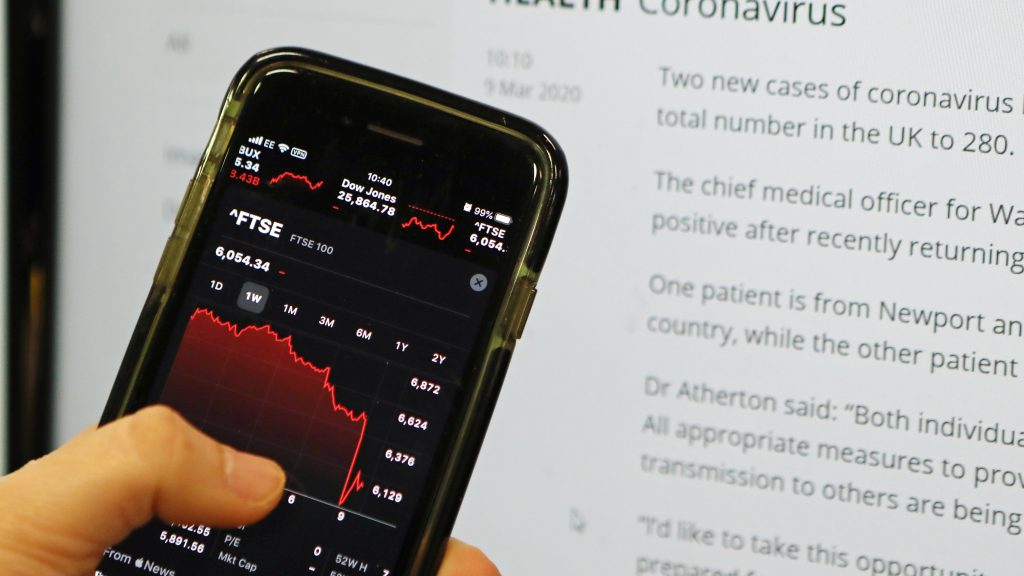 The FTSE 100 has closed the day down by more than one tenth as fears over Covid-19 sparked the index’s worst day since 1987.

Investors ran scared from London’s shares as the index closed Thursday down by 639.04 points to 5237.48.

It wiped more than £160bn off the value of the index’s 100 companies, the worst value loss in history in nominal terms, ahead of the £124.7bn that was lost on Monday.

The index is now at lowest closing point since 2011.

“It is hard to keep coming up with new metaphors for the scale of disaster facing the global markets,” Spreadex analyst Connor Campbell said.

Within moments of opening on Thursday the FTSE 100 was hundreds of points in the red after the World Health Organisation declared a pandemic on Wednesday evening and US president Donald Trump banned travellers from Europe.

The European Central Bank (ECB) later unveiled several measures to combat the disease’s effect on the economy. But it failed to calm markets as ECB president Christine Lagarde did not mirror her counterparts in the US and UK by cutting interest rates.

Thousands of people have died from coronavirus since the outbreak started in late December.