After months of delay, the government is hurriedly publishing the Windrush report - Canary 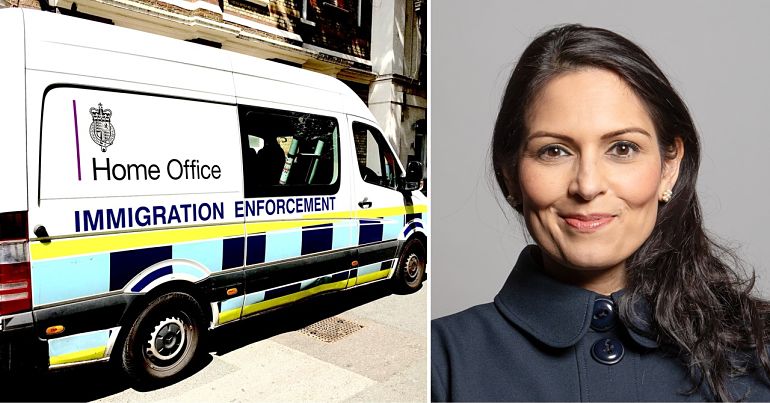 Home secretary Priti Patel has just released the long-awaited Windrush Lessons Learned review on 19 March. The document criticises the culture and actions of the Home Office, stretching back to former home secretary Theresa May’s drive to create a ‘hostile environment’.

Dismay at the timing

The Guardian’s Amelia Gentleman has been at the forefront of reporting on the Windrush scandal, which saw thousands of people classed as illegal immigrants despite living in the UK most of their lives and believing themselves to be UK citizens. Gentleman says that the review’s authors are “dismayed” that it’s coming out at a time when everyone’s attention is taken by the coronavirus (Covid-19) crisis.

The review should have been out in September 2019, but a lengthy process of ‘Maxwellisation’ – checking the details with everyone it critiques – has delayed it. Patel finally received the review yesterday, 18 March.

Gentleman also reports that campaigner Patrick Vernon was due to meet officials at Downing Street to talk about the review last night, but this was called off “at the last minute”. Gentleman said: “He was concerned that the report’s findings could be buried during the national emergency”. She also quoted a researcher on the review as lamenting: “sadly, who is going to be very interested?”.

Meanwhile Winston Robinson, who lost his job and then his home due to the scandal, said:

I hope that the report recognises that people’s lives were turned upside down, and accepts the damage that was done and the mistakes that were made. I’m worried that it is going to be put on the back burner because of everything else that’s going on.