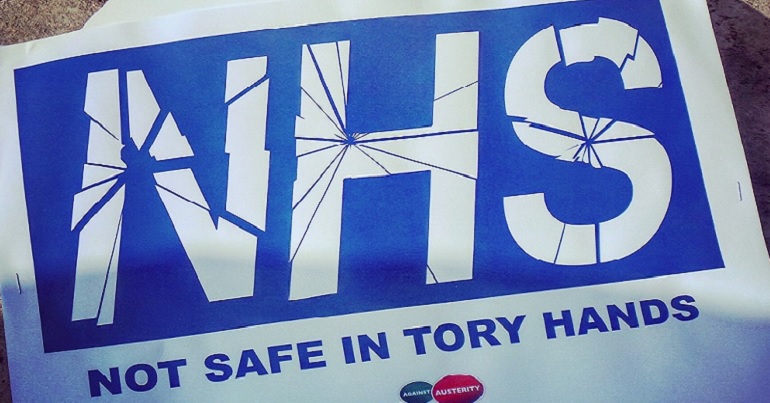 A new report suggests privatisation is at the core of the scandal surrounding Personal Protective Equipment (PPE) shortages during the coronavirus (Covid-19) pandemic in the UK. In particular, the breaking up of the NHS Supply Chain into 11 outsourced contracts affected the ability of the NHS to get and distribute enough PPE.

Instead of in-house NHS employees handling supplies, the report reveals, private companies have been in charge. These suppliers then bring in other private organisations to make required items before getting private logistics firms to pass them on to NHS trusts. Rather than sourcing PPE locally, meanwhile, NHS trusts reportedly have to go through this centralised system.

Key authors of the report include campaign group We Own It and the University of Greenwich’s Prof David Hall. And their report claims privatising the sourcing of NHS supplies has helped to create a “fundamentally dysfunctional system” which has “severely undermined the national effort to protect NHS and care staff” and “helped turn the pandemic into an utter disaster”.

Privatisation of the NHS supply chain has created a complex, fragmented, unresponsive and bureaucratic mess which has left us unprepared and ill equipped to tackle the current crisis. So much responsibility has been outsourced to so many contractors that the secretary of state literally cannot know what he is doing. It is shocking that [one company alone] … has been deciding how to spend over £4billion of the NHS budget.

The entire system must be simplified and brought under direct NHS control, with clear lines of accountability. This is work which should be done by civil servants employed by the NHS, responsive to the needs of their fellow-workers in the NHS, with a public service culture of prioritising safety, long term planning and smart use of skills and resources within the NHS, local communities and the local manufacturing sector.

One problem in particular that the report highlights is how logistics contractors focus on trying to reduce stock levels. This risks a lack of preparation for unpredictable crises like the coronavirus pandemic. The report insists that the stockpile of key PPE items before the current crisis was insufficient; that it took the government until February to ‘pause the rundown’ of these stocks; and that there were warnings in place that ‘excessive’ orders from the NHS for PPE “may be subject to automatic system reduction… or cancelled”.

The report also makes specific criticisms of numerous private companies involved in handling supplies and coronavirus testing centres. Speaking about their failures, We Own It director Cat Hobbs said:

It is beyond scandalous that so much of the coronavirus response has been handed over to private companies – companies that have failed time and time again to deliver. … these companies should be kept well away from our NHS.

This crisis has shown us that the NHS is made far more vulnerable by privatisation, and so many failings – from the failure to distribute sufficient PPE to the ineffective approach to testing  – lie at the door of private companies.

From now on, we need to ensure that our NHS is run in the interest of public health, not private profit. In doing so, the government needs to reinstate it as a fully publicly owned and run health service.

The Canary approached the Department of Health and Social Care for comment, but it hadn’t responded by the time of publication.