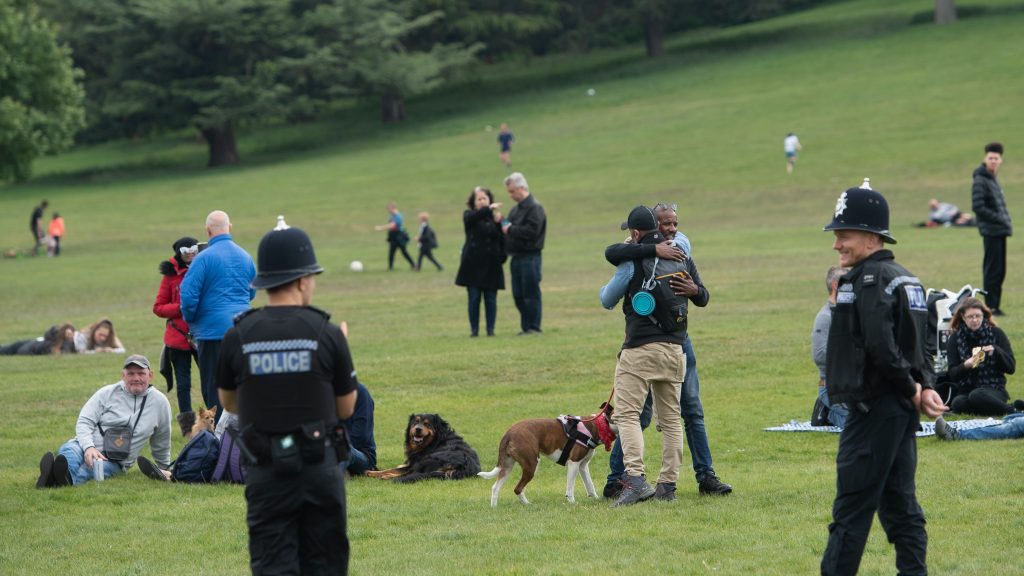 Civil liberties groups and lawyers are calling for a review of more than 14,000 police fines for alleged breaches of coronavirus (Covid-19) lockdown rules over fears some have been “wrongly issued”.

Police chiefs and prosecutors last week apologised after admitting that dozens of people have been wrongly charged under new coronavirus laws.

It followed a Crown Prosecution Service (CPS) review of all 231 prosecutions under the legislation in England and Wales to the end of April, which have either been stopped or ended in a conviction.

All 44 charges brought under the Coronavirus Act – which allows officers to remove or detain a “suspected infectious person” for screening and assessment – were incorrect, including 13 wrongful convictions.

And 12 charges under the Health Protection Regulations 2020, which give police powers to break up gatherings and fine people breaching restriction of movement rules, were also wrong.

National Police Chiefs’ Council (NPCC) chairman Martin Hewitt is now being urged to launch a review of all fixed penalty notices (FPNs) handed out in England and Wales using the regulations.

A letter to Hewitt has been signed by civil liberties groups, including Big Brother Watch and Liberty, as well as lawyers, including Kirsty Brimelow QC, a barrister at Doughty Street Chambers.

It reads: “We believe that a significant number of FPNs have been wrongly issued and, particularly in light of the amended regulations that present new enforcement challenges, that there is a continued risk of FPNs being wrongly issued – and at significantly increased numbers.

“This is why an urgent national review of all FPNs issued under emergency laws is required.”

The letter argues the fines are issued with less scrutiny than charges, which go before a magistrates’ court, and highlights a “postcode lottery” of policing across the country.

In one case, two sisters reportedly had their fines withdrawn by Lancashire Police after taking legal advice.

The Lancashire Evening Post said Shazia Zahieer and Tayyba Arif, who are members of the same household, were each handed a £60 FPN on 30 March after driving to Preston Docks to exercise.

Provisional data released last week shows 13,445 FPNs have been recorded by forces in England between 27 March and 11 May, while 799 were issued in Wales in the same period – a total of 14,244.

The fines were all handed out before lockdown regulations were relaxed in England from 13 May, with penalties set at £60, reduced to £30 if paid within two weeks, with the fine doubled for each repeat offence up to a £960 maximum.

Of the 43 regional police forces in England and Wales, the Metropolitan Police have recorded the highest number of fines, with 906, followed by Thames Valley Police, with 866, and North Yorkshire, with 843.

Warwickshire issued the fewest, with just 31.

Big Brother Watch director Silkie Carlo said: “We understand the challenges police face but if the public is to trust in lawful, proportionate and fair policing in this pandemic then they must at least admit and correct the serious mistakes they’ve made.

“There could be hundreds or even thousands of people in this country, many already suffering financial hardship, who have paid police fines despite having done nothing wrong.

“The CPS review revealed an outbreak of injustice and we fear it could be just the tip of the iceberg.”

The NPCC said the letter has been received and is being considered.

Hewitt said: “The vast majority of people continue to do the right thing, which protects the NHS and helps save lives.

“The figures show our approach is proportionate with just 0.02% of the population in England and Wales being issued with a fine.“