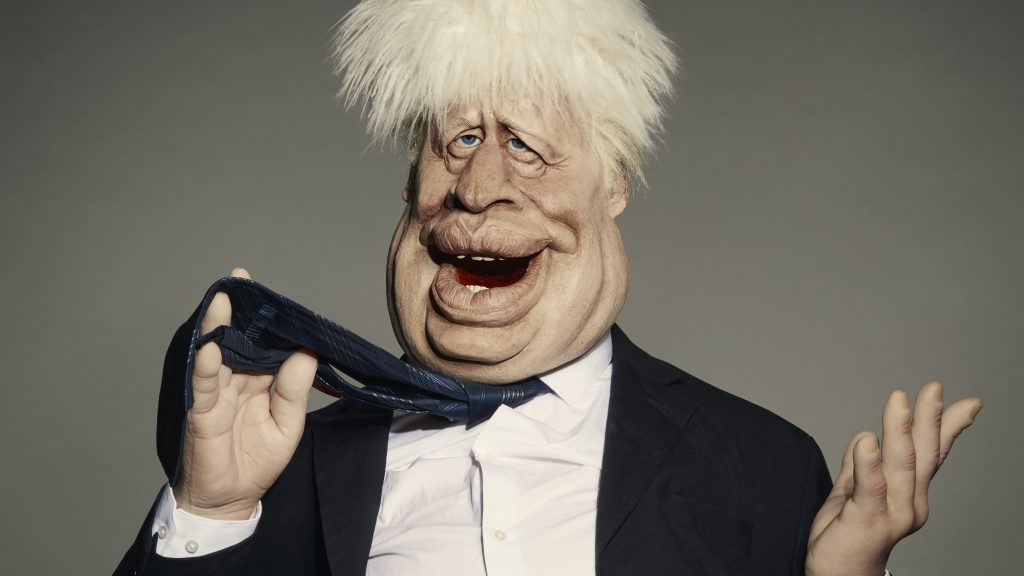 Boris Johnson, his chief adviser Dominic Cummings and the Duke of York feature among the latest Spitting Image puppets unveiled ahead of the show’s return.

The satirical series will air later this year on BritBox after originally running for 18 series between 1984 and 1996.

Johnson’s puppet draws attention to his shock of blonde hair, while Cummings’ sees the former Vote Leave director in his trademark hoodie with a flamboyant silver collar.

People took to social media to share their thoughts on the new puppets:

Spitting Image have revealed their version of the Prime Minister. They have also done one of me. pic.twitter.com/SVjEHXmyVp

Introducing Dominic Cummings who will demonstrate eye tests whilst driving to Barnard Castle!

Trump who will buy the NHS from Boris & Andrew eating at Pizza Express without breaking a sweat!#SpittingImage #NotMovingOn pic.twitter.com/ggP2hVTBOG

Kind of curious how they'll add extra absurdity to a cast of characters who feel like walking, talking caricatures & parodies already

Shame it's on Britbox mind

Should probably be available on the NHS to help with people's sanity pic.twitter.com/FhqgiebdsD

The show is the first original commission announced by BritBox UK, the streaming service launched by the BBC and ITV.

Spitting Image co-creator Roger Law is back on board for the show, which was watched by 15 million viewers in its heyday.

The show famously featured Margaret Thatcher in a man’s suit treating her cabinet – “the vegetables” – with contempt, John Major as a grey puppet and the Queen Mother slugging from a gin bottle.

Spitting Image will air on BritBox later this year.