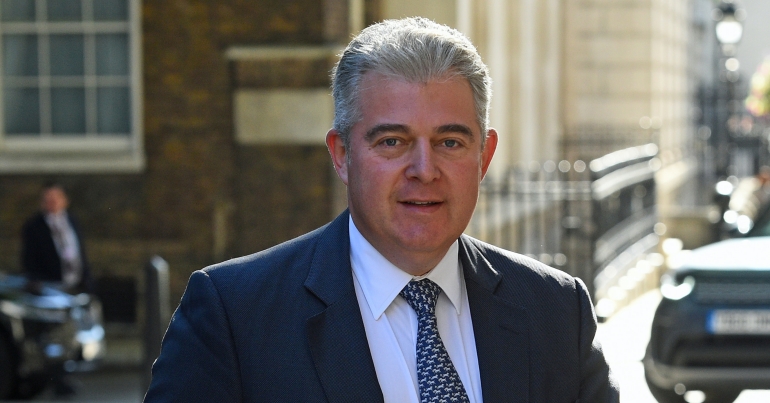 A government plan to override elements of Boris Johnson’s Brexit deal with Brussels would breach international law, a senior minister has confirmed.

The comment by Northern Ireland secretary Brandon Lewis provoked a furious reaction, including from some Tory MPs, and followed news that the head of the Government Legal Department had resigned amid reports he was “very unhappy” with the proposal.

Lewis told MPs legislation to ensure Northern Ireland could continue to enjoy unfettered access to markets in the rest of the UK would breach international law in a “very specific and limited way”.

In the Commons, former prime minister Theresa May warned the government was in danger of losing the trust of other countries that it would honour its international agreements while Labour described the admission as “absolutely astonishing”.

Downing Street has sought to play down the changes in the Internal Market Bill – to be tabled on Wednesday – insisting they were simply “limited clarifications” to protect the peace process if they failed to secure a free trade deal with the EU.

But pressed in the Commons by the senior Tory MP Bob Neill as to whether they were consistent with the UK’s international legal obligations, Lewis said: “Yes, this does break international law in a very specific and limited way.”

He said that the powers the government were taking would enable ministers to “dis-apply” the EU legal concept of “direct effect” – which requires the enforcement of EU law – in “certain, very tightly defined circumstances”.

He added: “There are clear precedents for the UK and indeed other countries needing to consider their international obligations as circumstances change.”

However, Neill, who chairs the Commons Justice Committee, said adherence to rule of law was “not negotiable”.

“Any breach, or potential breach, of the international legal obligations we have entered into is unacceptable, regardless of whether it’s in a ‘specific’ or ‘limited way’,” he tweeted.

Shadow foreign secretary Lisa Nandy said she was “astounded” by the minister’s comments.

“The rule of law keeps us safe, defends our national interest, and allows us to hold others to account. They are diminishing us on the world stage.”

May said ministers were now seeking to change the operation of an agreement which the government had signed up to and parliament had passed into UK law and asked:

“Given that, how can the Government reassure future international partners that the UK can be trusted to abide by the legal obligations of the agreements it signs?”