Brexit law breaking? It's all in a day's work for the British establishment - Canary 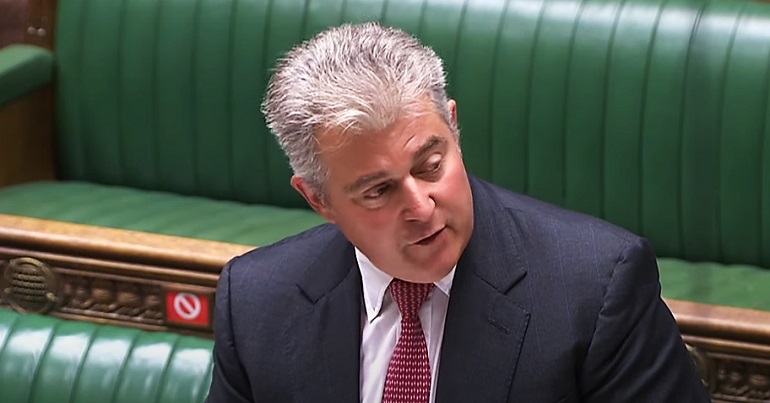 There’s been anger and shock that the UK government has said it may breach international law over Brexit. But past and recent history shows that it’s all in a day’s work for the British establishment.

As The Canary previously reported, Northern Ireland secretary Brandon Lewis admitted in parliament that the government’s planned change to part of a Brexit agreement with the EU:

does break international law in a very specific and limited way.

This relates to the internal market bill. As the Guardian reported, in layman’s terms this is about the Tories’:

plan to reinterpret the special Brexit arrangements for Northern Ireland

In a new internal market bill, the government is expected to unveil plans for domestic powers to govern part of the Northern Ireland protocol

In short, the government is trying to backtrack on a legal agreement with the EU. They’re doing it so people trading from Northern Ireland can have easy access to the rest of the UK’s markets. But this was not what was originally agreed in law with the EU. Hence Lewis admitting ‘breaking international law’.

Some people are shocked by the news. But it shouldn’t be a surprise. Because the British establishment and successive governments have a long history of ignoring the rule of law when it suits them.

One example is the Grenfell Tower disaster, which killed 72 people. Just this week the Conservative MPs voted down a Labour amendment to a fire safety bill. HuffPost reported that Labour wanted the bill to:

include recommendations made by the first phase of the Grenfell Inquiry.

The party’s new clause one would have required owners or managers of flats to share information with their local fire service about the design and materials of the external walls.

This was partly intended to speed up the removal of dangerous cladding from other buildings. But the Tories’ voting down of Labour’s amendment just doubles-down on a potential breach of international law.

The Guardian reported in June that:

Farha’s claims are over the existence of dangerous cladding on existing buildings. In spite of the Grenfell disaster, the government still has not forced building owners to remove it. But potential breaches of international law when it comes to innocent people’s lives are par for the course for the UK government – especially in other countries.

In 2018, campaign group Action on Armed Violence found that nearly one-third of arms sales the UK government authorised between 2008 and 2017 went to countries on its human rights “priority countries” list. As the Stop the War coalition noted:

Over that period, the only country on the 30-strong watchlist to which Britain did not approve arms export deals was North Korea.

The most pertinent example of this is Saudi Arabia. Last year, the UK government suspended arms sales to the kingdom following a legal action by Campaign Against Arms Trade. This was due to its involvement in the humanitarian disaster in Yemen. Saudi Arabia potentially committed war crimes during its “brutal assault” on the country. But when it comes to corporate business, the deaths of innocent people seem to matter little.

Because on 7 July this year, the UK government said it was going to resume arms licences to Saudi Arabia. And prior to this date, the government had already been accused of ignoring the court ruling by continuing to issue licenses.

All in a day’s work

And these are just two examples. The UK has a long history of humanitarian violations, including:

Declassified UK wrote about 17 UK government policies that broke “domestic or international law” over the past few decades. Further back in history, some people argue Churchill could have faced manslaughter charges over some of his decisions during WWII.

British history, not least its colonialism and slavery, is littered with immoral practices, too. The current storm over the potential law-breaking Brexit deal is just another example in a long list of times UK governments ignore international rules while claiming to be a beacon of democracy and global justice.