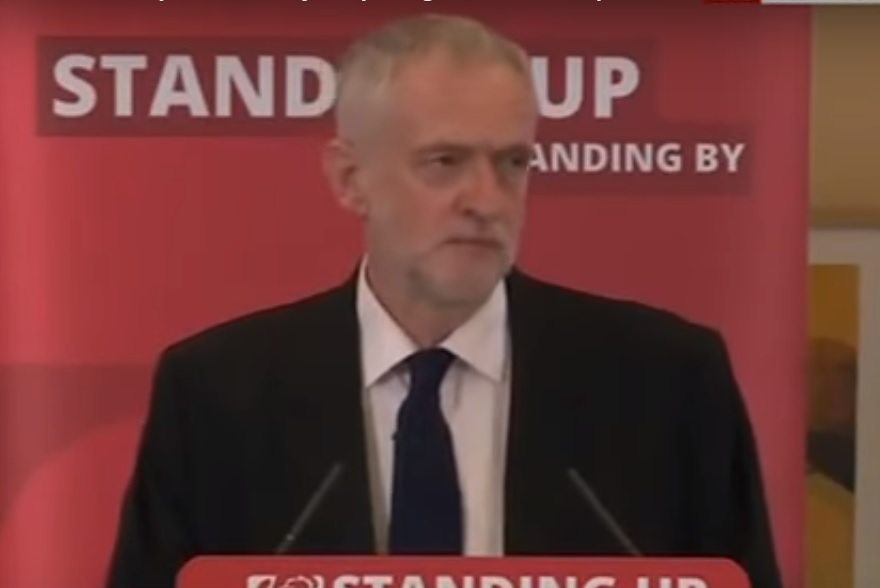 In his first response to the Chilcot inquiry, Labour leader Jeremy Corbyn didn’t apologise for the 2003 invasion of Iraq. But he did later in the day, at a meeting with the families of deceased soldiers, military veterans, and Iraqis who had lost family members during the conflict. And here, he also slammed Tony Blair for the lies that led British troops into the devastating conflict.

Apologies on all fronts

In his speech, Corbyn insisted that parties only grow stronger “by acknowledging when they get it wrong and by facing up to their mistakes”. With this in mind, he said:

I now apologise sincerely on behalf of my party for the disastrous decision to go to war in Iraq.

He clarified that this apology was first of all aimed at the Iraqi people, who are “still living with the devastating consequences of the war” and have seen up to a million of their fellow civilians murdered since 2003.

He then apologised to the families of dutiful soldiers who were killed or injured “in a conflict they should never have been sent to”, before saying:

it’s [also] an apology to the millions of British citizens who feel our democracy was traduced and undermined by the way in which the decision to go to war was taken on the basis of a secret ‘I will be with you, whatever‘ understanding given to the US president

While Corbyn did not mention Tony Blair by name, he made very clear assertions about the leadership decisions taken in 2003 by Blair and his close allies. First of all, he insisted that the invasion of Iraq was:

an act of military aggression launched on a false pretext

And then, he spoke about how some of his parliamentary colleagues had voted in favour of the war because they had been:

misled by a small number of leading figures [i.e. Blair] who were committed to joining the United States invasion of Iraq come what may, and were none too scrupulous about how they made the case for war.

Insisting that the conflict had been “a stain on our party and our country”, Corbyn made it clear that the Labour party under his watch was turning a new page, saying:

One of the three main pillars of my election as leader of the party last year was for a different kind of foreign policy: to uphold international law; to seek peaceful solutions to international disputes; to respect the role, and the authority, of the United Nations; and always to treat war as absolutely the last resort.

Another nail in the coffin for the Labour coup

Labour members elected Corbyn on an anti-war platform and, when parliament voted to bomb Syria in 2015, 75% of members and supporters said they were opposed to such action. Almost all the Labour MPs recently involved in attempts to oust the leader, meanwhile, voted against an investigation into Tony Blair’s invasion of Iraq. In other words, MPs and members are very much at odds when it comes to foreign policy issues.

And this is part of the reason why Corbyn’s opponents are slowly realising that their coup is over. However much they may hate his apology for the invasion of Iraq, they must know it was the right thing to do – that Labour voters are sick of illegal wars abroad and want evidence that the party has learned from its past mistakes. They must know that they can’t present Corbyn with a leadership challenger as committed as him to turning over a new leaf because, if they do, that candidate would be doomed to failure.

Corbyn’s statements on 6 June set him apart from his opponents, who lack the humility to admit when they are wrong. And at the same time, Corbyn sets Labour on a course towards a fresh start. The space for stubborn MPs who are stuck in the past is rapidly fading away.

See more at The Canary on the Chilcot inquiry, the invasion of Iraq, and the Labour coup.