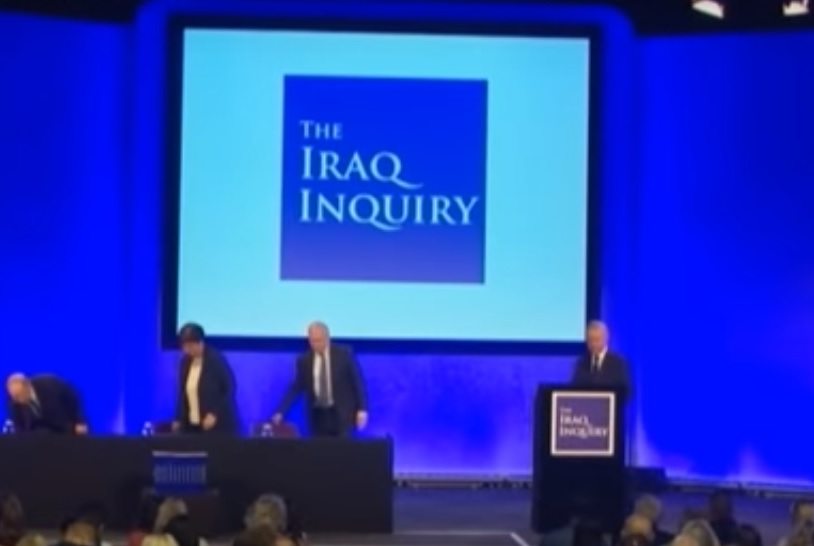 The Chilcot inquiry may have been underwhelming in its condemnation of the mess created by the 2003 invasion of Iraq, but it nonetheless proved critics of the war right in many ways.

Here are just four of the most critical points highlighted by Sir John Chilcot when presenting his report on 6 July:

Chilcot didn’t mention the word ‘lie’, but that’s essentially what he said in a long-winded and roundabout way. When the House of Commons voted for military action in Iraq in March 2003, they were acting in large part on an intelligence dossier given to them in September 2002 which spoke about supposed Weapons of Mass Destruction (WMDs) in Iraq. And according to Chilcot:

The judgements about Iraq’s capabilities in that [September 2002] statement, and in the dossier published the same day, were presented with a certainty that was not justified.

In a foreword to this dossier, Blair insisted that the Joint Intelligence Committee (JIC) had established “beyond doubt” that Saddam Hussein’s regime had WMDs. The Chilcot report describes this exaggerated wording as a:

deliberate selection of a formulation which grounded the statement in what Mr Blair believed, rather than in the judgements which the JIC had actually reached

2) There was an unsatisfactory legal case for war (i.e. it was illegal)

The invasion of Iraq was also an affront to the international community. Speaking about the absence of UN backing for the war, Chilcot said:

In the absence of a majority in support of military action, we consider that the UK was, in fact, undermining the Security Council’s authority.

He also suggested that the legal argument for invading Iraq was very poor, insisting that:

the circumstances in which it was decided that there was a legal basis for UK military action were far from satisfactory.

3) Invading Iraq was not a ‘last resort’

the UK chose to join the invasion of Iraq before the peaceful options for [Iraq’s] disarmament had been exhausted. Military action at that time was not a last resort.

Implying that there was little to no risk of an Iraqi attack on Britain at the time, he insisted:

in March 2003 there was no imminent threat from Saddam Hussein.

Although it took six weeks to topple Saddam, the task of stabilising Iraq after the invasion was never really completed. Tony Blair told the Chilcot inquiry that he couldn’t have known in advance that this task was going to be so difficult. But Chilcot insisted:

We do not agree that hindsight is required. The risks of internal strife in Iraq, active Iranian pursuit of its interests, regional instability, and al Qaeda activity in Iraq, were explicitly identified before the invasion.

And to make matters worse, he said:

The scale of the UK effort in post-conflict Iraq never matched the scale of the challenge. Whitehall departments and their Ministers failed to put collective weight behind the task.

In other words, Chilcot stressed, planning and preparations for stabilising post-invasion Iraq were “wholly inadequate“. But it was not only Iraqis who suffered as a result of the under-funding of the US-led occupation. The Chilcot report also speaks of how British troops suffered “serious equipment shortfalls”. And according to veteran Middle East correspondent Patrick Cockburn, the rise of Daesh (Isis/Isil) “owes everything to the sectarian civil war in Iraq which followed the invasion and occupation” – a situation that could have been avoided by putting adequate resources into Iraq after 2003.

See more from The Canary on the Chilcot inquiry, the invasion of Iraq, and Daesh.