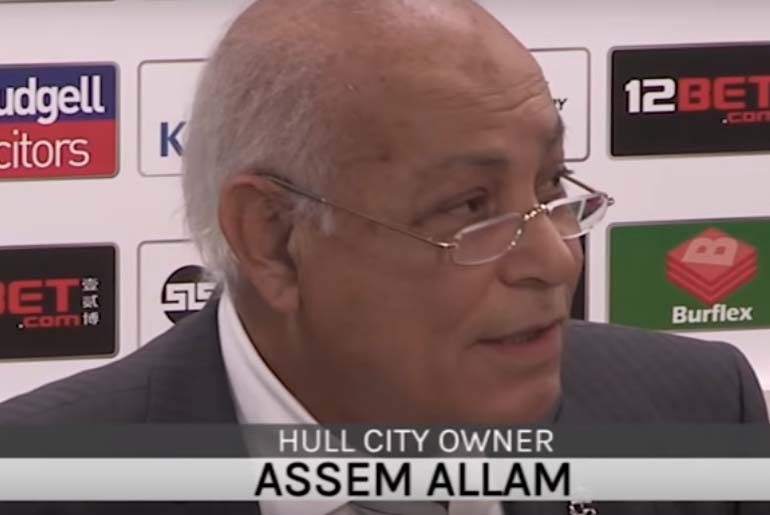 Assem Allam, owner of Hull City football club and one of Labour’s largest single private donors has offered Labour plotters millions of pounds to defect and create a new movement in a bid to oppose Jeremy Corbyn.

Supporting a pro-business, anti-trade union style of government, Allam stated he believed the party had become a “joke” under Jeremy Corbyn, one that can no longer provide a “strong opposition” to other parties.

Last year, it was reported Allam had given more than £500,000 to the Labour party before claiming he was not willing to donate any more money until the party adopted a “pro-business” leader.

When asked why he backed the party in the first place, he replied:

A strange comment. The Labour party exists to provide the political voice of the labour movement, of which the unions are central. In short, Allam is saying he’d like the Labour party more if it wasn’t so, labour.

Revealing that for months he has kept quiet about his frustration, the Egyptian-born businessman stated he was now ready to fund a “Gang of Four” style defection, similar to events in 1981 where senior Labour members quit to create the Social Democratic Party.

While Allam did not state a preferred candidate, he said the next Labour leader should return to the policies offered by Tony Blair.

This news may not come as a surprise to Corbyn, as since his appointment some of Labour’s biggest donors have withdrawn their funds. They have instead pumped £140,000 to the private offices of his leadership rivals, including Chuka Umunna, Tristram Hunt and Dan Jarvis. Instead, Corbyn’s support has come from a massive surge in Labour and affiliated membership by regular working people from across the country.

Allam’s stunt suggests he not only expects Labour rebels to form a “business-led” government to suit his style, it also implies their need for a big financial injection.

Allam’s previous dealings with the Labour party and politics have included his criticism of the “mansion tax,” stating that politicians who target the wealthy with higher taxes were “close to ex-communist countries,” as well as his supporting bid to cut the 50p tax rate for high-earners.

In the past, Allam has also raised the prospect of funding the UK Independence Party, who he predicted could overtake Labour as the country’s leading opposition party.

While he has received positive press in the past for his donations to local hospitals, the businessman appears to be unpopular in his football club’s hometown, with supporters protesting against him for his unsuccessful attempt to change the team’s name and the introduction of a membership scheme.

Moreover, it comes as little surprise when you consider Allam’s anti-trade union stance, that catering and bar staff at the KC Stadium in Hull are hired on zero hour contracts. Something which even Tony Blair hoped to ban in 1995.

So what does this say about the Labour coup?

For a while, Allam has been trying to muster his way in with key decision makers in the party. In 2014, he took Ed Miliband to a football match in his rolls royce, after offering a £110,000 donation to the party. Unafraid to express his opinions, this news is a key indication of his hopes that Labour plotters will form a government that suits his demands. We can assume then, that if more private Labour donators defect and back the rebels cause, their policies will be more right wing to appease their billionaire clientele.

Read more about the Labour Coup on The Canary

You can become a member of the Labour party here.

You can join Momentum, the movement to steer Labour left from within, here.

You can sign the petition to back Corbyn here.