Andrea Leadsom could be PM in weeks, and these telling discoveries prove she'd be a disaster - The Canary 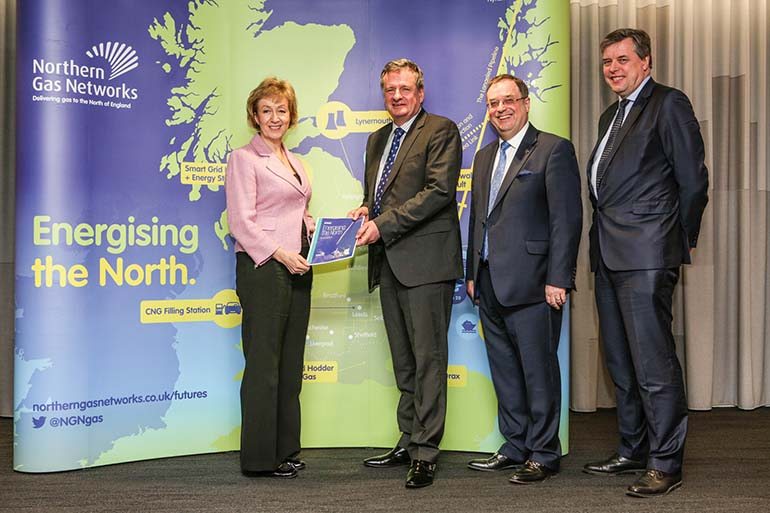 Andrea Leadsom is the latest buzz name in the Conservative Party after announcing her bid to be the next Conservative Party leader. Since her announcement, several MPs have declared their support, including Boris Johnson who claimed she offered “the zap, the drive, and the determination” that is needed to lead the country.

However, despite her squeaky clean appearance, Leadsom’s past and connections could spell a swift end to her leadership campaign.  Whilst her speedy appointment to the Minister of the Department of Energy and Climate Change raises questions regarding her competency, her husband’s firm is now also being accused of using a potential tax avoidance vehicle.

So let’s start at the beginning. Who is Andrea Leadsom?

After a very successful career in the city, having worked for Barclays Bank as financial institutions director, managing director of De Putron Fund Management, owned by her brother in law, and senior investment officer at Invesco Perpetual, Leadsom began her political career as a councillor in the South Oxfordshire District Council in 2003.

She was elected as Conservative MP for South Northamptonshire in 2010 and appointed Economic Secretary to the Treasury by David Cameron in April 2014. She was appointed Minister of State for Energy at the Department of Energy and Climate Change in May 2015.

Her suitability for the role of Minister of State for Energy is debatable given her lack of prior experience in the energy sector. However, as we know from looking at the CV’s of other MPs, these illogical promotions are seemingly standard practice.

Nevertheless, her speedy political advancements are called into question, after it was revealed, last year, that Peter De Putron, her brother in law, and founder of De Putron Fund Management, began donating vast amounts of money to the Conservative Party once she became elected.

Similarly her strong connections to oil companies and investment, leads us to question her bias and agenda as the energy minister.

From 1999 to 2009, Leadsom worked as a Senior Investment Officer at Invesco, a fund management company. In 2014, Invesco revealed it held £3m of investments in Amerisur Resources, an oil and gas producer, and a further £2.8m of investments in Hunting, which supplies the oil industry, among other fossil fuel interests. Although her involvement in these investment decisions is unclear, her speech at the ‘Iraqi Petroleum Conference 2015’ confirms her support of the oil industry and her desire to continue working with Iraq on oil trade. Regarding Iraq’s ability to supply oil, describing it as an ‘immense resource wealth’ she revealed:

Because of this huge potential Iraq remains strategically, economically and practically at the centre of any conversation we have about global energy security. This makes it more vital than ever that we continue to focus on investment and the future health of Iraq’s energy sector.

With the long awaited Chilcot report soon to be published, her speech is a bleak reminder of pre Iraq war sentiment.

It comes as no surprise then, that Leadsom is pro-fracking and believes it is the answer to Britain’s energy problems. Despite having a duty to fulfil her role, which includes ‘renewables’ and addressing climate change issues, Leadsom openly admitted she questioned whether climate change was real, before being appointed as the minister, revealing that she “underst[ood] the suspicion of those who see climate action as some sort of cover for anti-growth, anti-capitalist, proto-socialism.”

Whilst, according to her website, she now acknowledges the need to address climate change, her blog posts actively encourage and celebrate the blocking of wind farm planning applications in her constituency.

Amongst her oil connections, hedge fund brother in law and the nature of her energy agenda, latest reports reveal that Leadsom could also be facing tax questions after a £3m trust run by her husband used a potential tax avoidance vehicle.

According to reports, the trust, run by her husband and brother in law Peter De Putron, used an employee benefit trust (EBT) to generate tax savings of around £2 million. The trust works by putting employees’ money or shares in a trust and then paying the proceeds out once they have retired or are no longer resident in the UK for tax purposes.  The money can also be paid out as a long-term loan.

During the time Andrea Leadsom’s husband Ben Leadsom worked as a director, accounts suggest that the company transferred around £2.8 million into the trust over a five-year period. Significant funds appear to have been transferred back from the EBT to the company during the same period, generating tax savings of almost £2 million.

What’s next for Andrea Leadsom? Whilst she is currently is second position, behind Theresa May, to become the next Conservative Party leader, will these latest revelations damage her campaign?

Read more about the Chilcot Report

Find out about the other skeletons in Andrea Leadsom’s closet

Support independent media to ensure truth is not hidden by the mainstream.