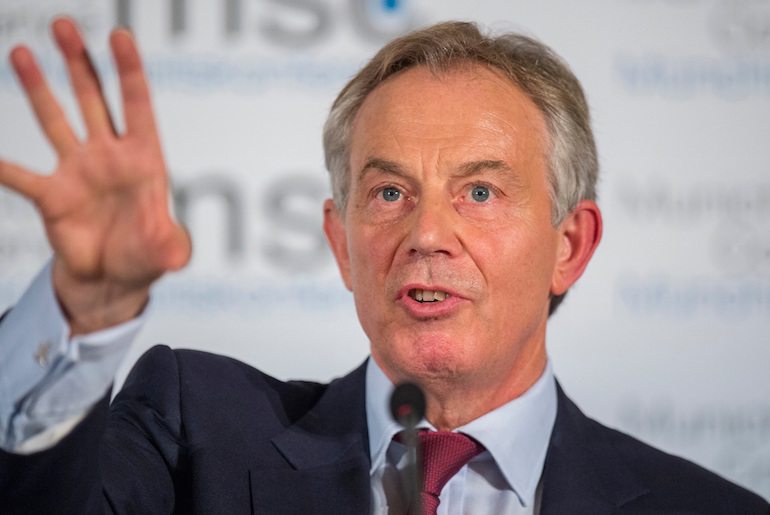 The response of the politicians and pundits held to account by the Chilcot report shows just how out of touch the UK establishment has become.

Britain’s decision to invade Iraq was a defining moment for the Iraqi people, so many of whom lost their lives as a result of the invasion, and all of whom find their country irreversibly changed by it. It was also a defining moment for Britain – the moment in which millions of people from across the political spectrum lost their faith in the political system and the governing classes.

So on Wednesday, when Sir John Chilcot published his report after a seven-year-long inquiry, you might have hoped that Britain’s politicians would have greeted the findings with a sense of humility and accountability. Instead, many seemed more concerned with covering their own backsides and scoring political points.

Here are a few of the worst responses:

During his powerful speech to the House of Commons on the Chilcot report, Jeremy Corbyn reflected that “while the governing classes got it so horrifically wrong, many people actually got it right.” Labour MP Ian Austin, who voted against an investigation into the Iraq war no less than three times, decided to respond to this point of fact by calling out:

Sit down and shut up. You’re a disgrace.

Austin’s behaviour has been widely slammed:

Take the strongest possible action against Ian Austin MP | Campaigns by You https://t.co/8uuSe4HyL3

Hilary Benn, who voted for the Iraq war and against investigations into it, used his time speaking to the Commons to try to spread the blame as thinly as possible, saying:

All of us who voted for the Iraq war must and will take our share of the responsibility, but there are many of us who do not regret the fact that Saddam Hussein is no longer in power for the reasons so powerfully set out a moment ago by my Right Honourable Friend. Does the Prime Minister recognise that one of the wider lessons from Iraq is that we need a United Nations that is capable of giving effect to the responsibility to protect, so that brutal dictators who murder and terrorise their own population can and will be held to account?

His blame-shifting efforts were also met with derision:

Hilary Benn
Wants to change the UN
Seriously!! He's blaming the UN for not letting us bomb everything
Get Benn tae f***@LabourEoin

Even today, of all days, after everything we've learned @hilarybennmp can't help himself cheering for war.

On a day to be contrite, even disingenuously, Hilary Benn fails. #Chilcot.

Alan Johnson, who has also consistently voted against an inquiry into Iraq, took a different tack, trying to justify his own poor judgement by suggesting the decision to go to war was based on a debate about regime change rather than weapons of mass destruction:

Does the Prime Minister agree with me that the main element in that debate, which was the debate upon which Parliament decided on the 13th March 2003, wasn’t the 45 minute claim which wasn’t mentioned anywhere in those hours of debate, it was the fact that Saddam Hussain and his murderous sons had spent 13 years running rings around the United Nations, ignoring 17 UN resolutions including resolutions calling for all necessary means to stop him. Wasn’t that the main issue in that debate and has the Prime Minister found any evidence whatsoever of any lies told to Parliament on that day?

Alan Johnson, who everyone loves for some reason, much more animated defending Blair than recognising consequences of his own misjudgements

Alan Johnson also with an impassioned defence of the indefensible, far more passion than he put into leading Remain https://t.co/6JLU9nZfFF

Alastair Campbell is not an MP and was therefore not in the House of Commons for the debate. Instead, Tony Blair’s former spin doctor took to the airwaves and the internet to tell the world he was vindicated:

I hope people will forgive me, though this is by no means the biggest point in the report, if I begin this blog by focusing on the part of the Iraq narrative with which I have been most associated… That is four inquiries now which have cleared me of wrongdoing with regard to the WMD dossier presented to Parliament in 2002, and I hope that the allegations we have faced for years – of lying and deceit to persuade a reluctant Parliament and country to go to war, or of having an underhand strategy regarding the respected weapons expert David Kelly – are laid to rest. The truth was – and remains, confirmed today – that the so called sexing up of intelligence never happened.

Finally, there was Tony Blair, the man who took the country to war. Blair used a two-hour press conference to deliver a “defiant justification” of his decision to invade Iraq, rejecting Chilcot’s criticisms:

I did not mislead this country. I made the decision in good faith and I believe it is better we took that decision. I acknowledge the mistakes and accept responsibility for them. What I cannot and will not do is say we took the wrong decision … As this report makes clear, there were no lies, there was no deceit.

While Blair did express “sorrow, regret and apology” for his mistakes, he refused to apologise for the war itself. Remarkably, in the face of all the evidence to the contrary, Blair insisted:

I believe we made the right decision and the world is better and safer.

And then there was Jeremy Corbyn

With the old figures from New Labour abjectly failing to understand just what the country – and basic decency – required, it was left to Jeremy Corbyn, a man who consistently opposed the invasion, to issue the heartfelt apology so many have been waiting to hear. Speaking to the families of those who had died in the conflict, Corbyn said:

I now apologise sincerely on behalf of my party for the disastrous decision to go to war in Iraq.

As my colleague Ed Sykes has reported, Corbyn apologised first to the people of Iraq, who are “still living with the devastating consequences of the war,” and then to the families of dutiful soldiers who were killed or injured “in a conflict they should never have been sent to”. Speaking about the betrayal of democracy, he said:

an apology to the millions of British citizens who feel our democracy was traduced and undermined by the way in which the decision to go to war was taken on the basis of a secret ‘I will be with you, whatever‘ understanding given to the US president.

If the political class is still wondering why it faces epidemic levels of distrust and disillusionment, it need look no further than its own response to Chilcot. And if it wants to understand why a groundswell of support has mobilised in favour of the ‘unelectable’ Jeremy Corbyn, it need look no further than the heartfelt, straightforward and fundamentally decent response Corbyn offered instead.

Read The Canary’s coverage of the Chilcot inquiry.