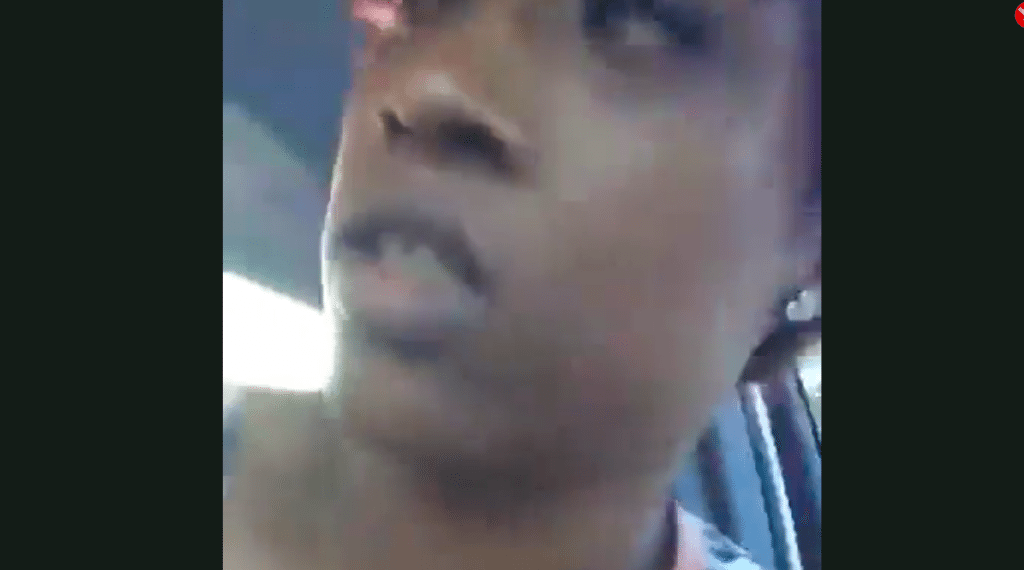 A shocking video has gone viral after yet another young black man was killed by police in what appears to be an unprovoked shooting in Falcon Heights, Minnesota.

The moments following the shooting were recorded by his girlfriend. The video shows her boyfriend wounded and immobile next to her in the driver’s seat as she calmly explains what had happened moments before. She records herself being taken out of the police car and breaks down emotionally, exclaiming:

Please don’t tell me my boyfriend’s gone. He don’t deserve this. He’s a good man, he worked at [inaudible] school. He had no records or anything, he’d never been in jail, anything, he’s not a gang member, anything!

After momentarily turning the video off, she sits in the back of the police car and makes a full witness statement to her Facebook following:

Phil! My sister, call me! The police just shot my boyfriend for no apparent reason. My phone is about to die, they shot him, they shot him three times because we had a busted tail light. He asked him for license and registration, he told him it was in his wallet. He had a pistol on him because he’s licensed to carry and they told him, don’t move unless he was putting his hands back up. The officer shot him in his arm about four or five times

The Roseville Police Department just shot my boyfriend. They shot him four times, he’s licensed to carry, we had a busted tail light and we had some weed in the car that’s about it.

Police officers involved in the event maintained their vigilance, keeping guns pointed at the immobile victim and his unarmed girlfriend. Frenzied and shouting, the firing officer shouted to the girlfriend:

I told him not to reach for it, I told him to get his hands up!

Police have since confirmed the details of the shooting, which happened at 9pm in the Minnesota suburb, in which Philando Castile, 32 years old, died.

This shooting comes in the same week as the shooting of Alton Sterling, some which was also caught on video. It is another incident in a long line of fatal shootings by the police in the US. These have been extensively documented by unofficial sources, such as The Guardian’s The Counted project and the website Killed By Police.

Black males are overrepresented in all police shootings, which has led to the “Black Lives Matter” movement.

Black Lives Matter started after George Zimmerman was acquitted of second degree murder in the shooting of 17 year old Trayvon Marton, widely labelled a miscarriage of justice. It is massively invoked in relation to the shootings of unarmed black males in America, typically with the hashtag #blacklivesmatter. In 2015 alone, 1,134 black males were reported to have been killed by law enforcement in America.

In the case of Philander Castile, the firing officer has been put on leave. His girlfriend, now identified as Diamond Reynolds is still receiving messages on her Facebook page. Reynolds daughter, in the car at the time of the shooting has warmed social media with her support for her mother as she tells her:

It’s OK mommy, I am here with you.