The real motive for the Iraq war is buried under the 2.6 million words of the Chilcot report - Canary Workers’ Co-op 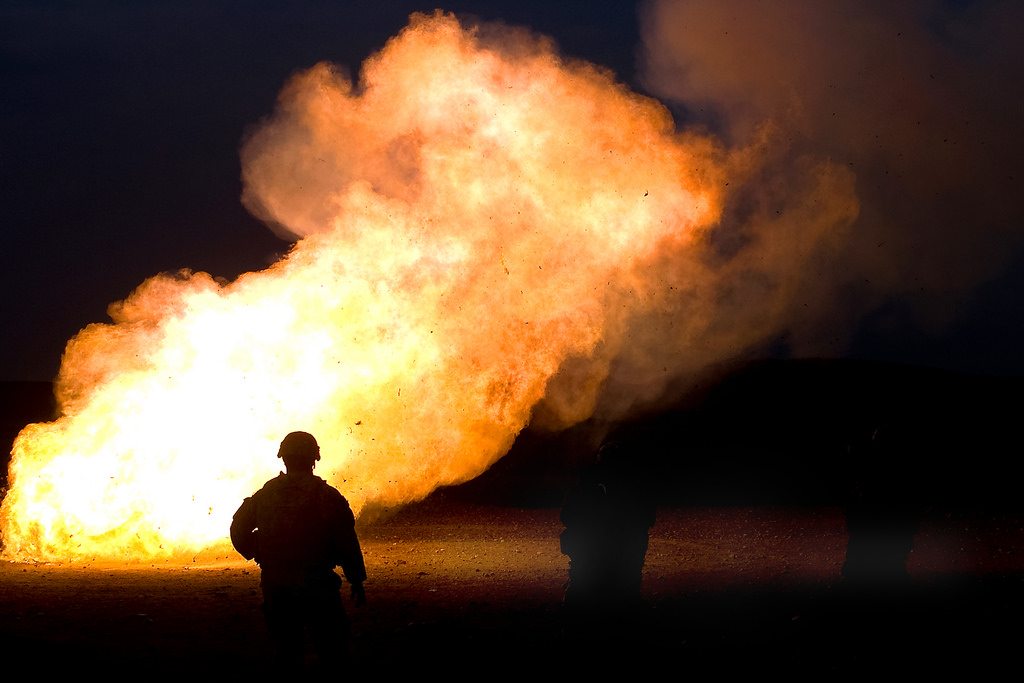 Declassified British government documents prove that the Iraq war was about oil, but you wouldn’t know that from Chilcot’s 2.6 million word report.

Which is odd, given that buried in volume nine of the report are references to those very government documents.

But as pointed out by Greg Muttitt, who first exposed these documents years ago in his book Fuel on the Fire, and criminologist Professor David Whyte, the Chilcot report refuses to subject these documents to any meaningful examination.

Instead, it takes at face value the notion that Britain went to war in Iraq because of a genuine belief that Saddam Hussein posed a threat due to his weapons of mass destruction.

That framing, and the omission of key documents, allows Chilcot to skirt over the idea that controlling Iraq’s oil was a motive for the war.

The report does reveal extensive planning for the post-war aftermath – but such planning had little do with stabilising Iraqi society.

And it acknowledges, to its credit, that the British government was angling to ensure British oil firms could exploit the UK’s involvement in the war. Chilcot’s documentation confirms, for instance, that the US and British worked together to privatise Iraqi oil production and guarantee a takeover from foreign companies.

But his report ignores some of the most damning, and explicit, documentation.

Conveniently missing, for instance, is a 12 May 2003 Foreign Office strategy paper which unambiguously highlights official motives relating to Iraq’s oil:

The future shape of the Iraqi industry will affect oil markets, and the functioning of Opec, in both of which we have a vital interest.

… an oil sector open and attractive to foreign investment, with appropriate arrangements for the exploitation of new fields.

So Britain and the US were not just interested in Iraqi oil from the perspective of their own oil companies. The wider issue was a geostrategic question of ensuring Iraq’s oil could be opened up to global “oil markets” to stabilise OPEC.

This former British official was shunned by Chilcot

Two years ago, I exclusively reported in The Guardian the statement of a former senior British Army official in Iraq, who had confirmed the real nature of US and British interests in Iraq’s oil.

Brigadier-General (retired) James Ellery CBE was the Foreign Office’s (FCO) Senior Advisor to the Coalition Provisional Authority in Baghdad since 2003. On 22nd April 2008, Ellery told the Iraqi Youth Foundation in London that the war on Iraq was about alleviating an impending “world shortage” of conventional oil.

“The reason that oil reached $117 a barrel last week was less to do with security of supply… than World shortage”, he said. Listing limits to future oil production from Russia to Africa, he claimed:

Thus the only near-term potential increase will be from Iraq.

… raise Iraq’s oil production from 2.5 million bpd today to 3 million by next year and maybe ultimately 6 million barrels per day.

The Chilcot report goes to great pains to paint a picture of the British being shut out of the US-dominated Coalition Provisional Authority (CPA) – the occupying power in Iraq – with respect to control of Iraq’s oil.

The American CPA oil team were clearly running a corrupt operation that had raised concerns among British officials. But the Chilcot report shows these concerns ultimately went nowhere.

Brigadier-General Ellery confirms that FCO officials weren’t as shut out as the Chilcot report tries to imply. They knew about the corruption, and they agreed with the overarching objective of getting Iraq’s oil into world markets. So they happily went along for the oil ride.

Despite his senior role in the British team involved in the occupation of Iraq, Ellery was ignored by the Chilcot inquiry.

No planning – except for oil

The Chilcot report also reveals that the main reason that planning for the aftermath of the war was “wholly inadequate” was not stupidity or incompetence, but the obsession of US and British policymakers with Iraq’s oil.

The British in particular were fixated on ensuring they got the right ‘message’ out to the public that the war was not about oil (while simultaneously obsessing over how to guarantee a big British oil company presence in Iraq).

A document from the Ministry of Defence’s Strategic Planning Group, produced in the Chilcot inquiry, advised the Chiefs of Staff in January 2003 that ensuring a robust US military presence in southern Iraq would:

In another memo, Lieutenant General John Reith, Chief of Joint Operations (CJO) told Admiral Sir Michael Boyce, Chief of the Defence Staff, that the US had “a zillion dollar project to modernise and properly exploit the southern oil fields.”

The report also shows that oil major BP played a direct role in helping the government plan for Iraq’s oil sector from months before the invasion.

A BP team, the Chilcot report says, briefed the UK Government on prospects for the Iraqi energy sector on 23 January 2003. The briefing, which Chilcot has failed to publish in full, identifed “two opposing views current in Washington” – “hawkish”, belonging to the Pentagon, and “dovish”, belonging to the US State Department). The report explains:

The hawkish view sought a significant increase in Iraqi oil production to push down oil prices, privatisation within the oil sector, and external engagement led by the US (and possibly the UK) rather than the UN.

What Chilcot fails to mention here is that the State Department’s preference for a UN role did not make its plans any less hawkish.

Why, for instance, does Chilcot ignore the 101-page February 2003 State Department document, “Moving the Iraqi Economy from Recovery to Growth”?

The ‘dovish’ State Department plan called for Iraq’s laws to be rewritten to incorporate low taxes on big business, a massive clean-out sale of “all state enterprises” in Iraq to foreign investors, and the total privatisation of Iraq’s “oil and supporting industries” – all within one year.

But the Chilcot report does provide other important revelations. In its advice to the British government before the war, BP estimated that:

Iraqi oil production could rise from around 2.8m bpd currently to around 3.5m bpd within two years and 4m bpd within five years. Significant investment was required. UK officials pressed the BP team on whether this ‘fairly slow’ increase could be accelerated.

Some officials were concerned that the oil obsession was displacing other important factors. One FCO memo from the Economic Adviser for the Middle East and North Africa warned that:

DoD [US Department of Defense] are ploughing ahead with detailed contingency planning for the oil sector in the initial military administration phase. But … there was a conspicuous disconnect between this and civilian planning for economic management and policy development within Iraq …

In the end, though, these concerns fell on deaf ears. British officials appeared to have nodded and agreed sagely while rubbing their chins, sipping tea, and carrying on regardless.

Indeed, the documents released by Chilcot reveal that despite worries over the public viewing the obsession with Iraq’s oil as theft, British officials were quick to hammer home the need for British oil firms to get some action.

The Ministry of Defence advised that US plans to have American oil experts lead management of Iraq’s oil fields “had to be handled carefully to avoid accusations of theft.”

The propagandistic nature of these ‘concerns’ is revealed in a memo to the MoD’s Director General for Operational Policy, Ian Lee, from Jim Drummond, head of the UK Department for International Development. The memo concerned the UK’s “key messages” for US Defense Secretary Donald Rumsfeld.

Their self-serving, contradictory nature speaks for itself:

Oil. Agree need to resume oil production and export as soon as possible.

Welcome your plans to deal with any immediate environmental damage, and commitment to use oil revenues for the benefit of the Iraqi people e.g. … by adapting [the] Oil-For-Food programme. Essential that oil revenues managed transparently and accountably. Perception of US/UK oil grab would rapidly increase hostility to the Coalition. The UN could help us avoid this.

We’re grabbing Iraq’s oil, but we’re doing it for the benefit of the Iraqi people (obviously, I mean, we’re British, we don’t do things like this for ourselves).

But we can avoid people complaining about this by rubber-stamping our grab for Iraq’s oil (for the benefit of the Iraqi people) by getting UN approval (ain’t the UN handy).

And don’t forget, let’s be fair – those big contracts for Iraq need to be dished out super-fairly to UK oil companies. That’s just, y’know, fair.

Obviously, the Iraqi people will benefit the most from this. BP has the right idea. That’s a decent pay-off for putting the lives of British soldiers on the line, what say you?

This article was amended on 14th July 2016 as Professor David Whyte, who is cited, was incorrectly referred to as ‘Patrick.’ This has been corrected.