BREAKING: The UN has just accused the Tories of creating a 'human catastrophe' in the UK - Canary 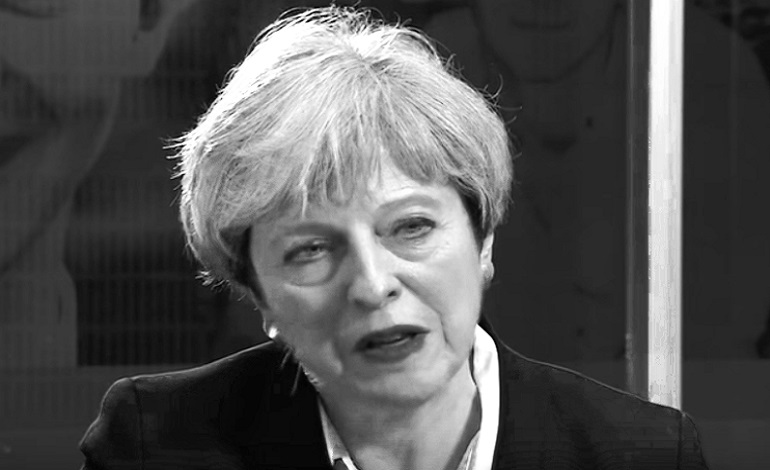 The UN has condemned the Conservative government for creating what it calls a “human catastrophe” in the UK. It follows a previous report which stated that the Tories had committed “grave” and “systematic” violations of human rights on British shores. And the UN accused the government of using a “smoke screen” and “misusing statistics” to try and cover its tracks.

The committee condemned the UK’s attempts to misrepresent the impact of policies through “unanswered questions”, “misused statistics”, and a “smoke screen of statements”. Also, it said the government had introduced policies and legislation which “fail to implement” disabled people’s rights in “reality”.

It concluded that the UN could “provide a long list of examples where UK doesn’t live up to the Convention, but the time does not allow”, and that the committee was “deeply concerned about the lack of recognition of the findings and recommendations of the conducted inquiry”.

Committee member Coomara Pyneeandee said in a statement seen by The Canary:

[I] Want to see you come back as a world leader which at the moment, I’m afraid you are not, but I congratulate [DPOs]. [They] are in fact, the world leaders in your country.

The UK Government representatives were shameless in their obfuscation and misrepresentations of information in response to questions by the disability committee members, but the weakness of their answers also showed how fragile their position is in continuing to try to deny the brutal and devastating impacts of their policies. What Deaf and Disabled people have achieved in Geneva this week shows how formidable we can be when we come together, and we now need to take that back to the UK to continue fighting for our rights.

The report confirmed what Labour has been warning all along; despite Theresa May’s warm words on the steps of Downing Street, promising a fair deal for all in our society, this Conservative government has been consistently failing sick and disabled people. And what do they do in response? They dismissed the report and refused to take action. It is disappointing, but not all that surprising, to see the government continue to dodge their responsibilities. It is a slap in the face to deaf and disabled peoples’ organisations who have been campaigning tirelessly to bring to light the human rights violations disabled people across the UK experience daily.

The two-day meeting followed on from a 2016 report [doc] into the state of disabled people’s rights. It was the first time the UN had investigated a country for possible human rights violations against disabled people. The report looks at the effects of welfare reforms that the Coalition and Conservative governments have introduced since 2010 as part of their austerity programmes. And the UN was scathing in its condemnation of the government’s policies and treatment of disabled people.

You can read The Canary‘s full analysis of the UNCRPD report here. But some of its main criticisms were that:

The UNCRPD was also critical of the Conservatives’:

The report also specifically noted that the UK government had violated rights due to:

Overall, the UN concluded that “systematic violations” of disabled people’s human rights in the UK had occurred. It stated that:

The UK is a recognised world leader in disability rights and equality, which is why we supported the development of the UN convention. Almost 600,000 disabled people have moved into work over the last four years and we spend over £50 billion a year to support disabled people and those with health conditions – more than ever before. This first periodic review will help build on our progress to empower disabled people in all aspects of their lives.

When will this end?

The UN has now reported three times in the space of a year on human rights violations by the Conservative-led government. As one disabled activist told The Canary:

If this was happening in a Middle Eastern country, the US would probably have invaded by now, under the guise of “humanitarian” grounds.

The Tories’ response to all these reports? To simply shrug their shoulders and say they didn’t believe them. So the response to this latest round of damning criticism will probably be much the same. It is quickly becoming unclear as to what it will take to give disabled people the rights and recognition in the UK they deserve. But something has to change. And it has to change quickly.