One horrific practice has seen thousands go missing, and it's time for Theresa May to speak out - Canary 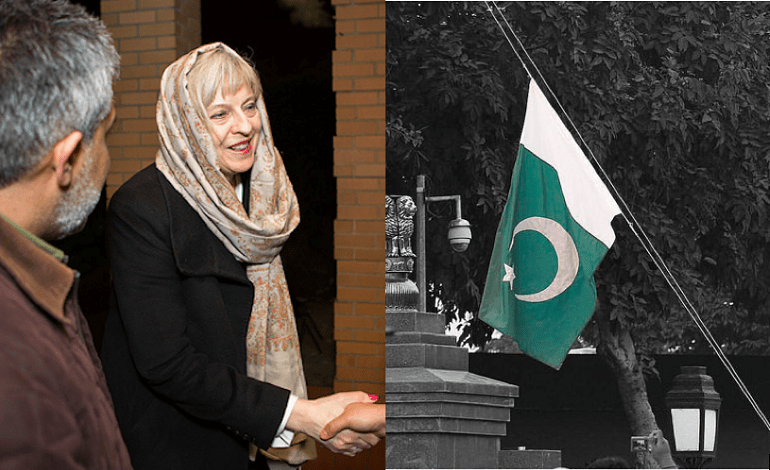 UK Prime Minister Theresa May recently claimed that she wants to help create a better Pakistan. But if she really does, she must address a worrying situation in which thousands of people in the country are reportedly disappearing.

Pakistan is currently going through change. The country’s Supreme Court recently forced Prime Minister Nawaz Sharif to step down over corruption allegations. Now, Shahid Khaqan Abbasi from the ruling party has taken over as interim leader.

Theresa May recently congratulated Abbasi on his new role. She said she looked forward to working with him, and stressed Britain and Pakistan’s “deep ties as nations, strong people to people links, and a shared history and future”. She also insisted on further advancing bilateral ties “to build a secure, stable, and prosperous Pakistan”.

Human Rights Watch (HRW), meanwhile, is urging Abbasi to halt a dark and clandestine practice in the country; one that the UK government has condemned before. Enforced disappearances involve security forces taking people and detaining them in secret; even their close family members do not know where they are or what has happened to them. And it makes victims vulnerable to torture and other human rights abuses.

While HRW highlights four recent cases, it’s a practice that’s been going on for years with impunity.

Punhal Sario is one of those recent cases. He was protesting disappearances by leading a long march between two major cities. At the end of the march, he said:

Those who express different political and ideological ideas are harassed and tortured. Freedom of expression practically does not [exist] in the country.

Witnesses say security forces kidnapped him on 3 August. And his family lodged a complaint with the police. But the police said they weren’t authorised to act against ‘spy agencies’.

Politicians in the province of Sindh have demanded Sario’s release; like senator Sassui Palijo, a member of the opposition who told The News on Sunday:

Even if someone has committed a wrong, they have a right to the due process of law and fair trial…

You may agree or disagree with Sario’s activism but his arbitrary disappearance raises serious questions.

Pakistan appears to be notorious for enforced disappearances. Another case of four social activists in January 2017 also caught wide media attention. And many worry that the practice is silencing critical voices.

According to reports, disappearances are increasing – with the highest number of cases in six years occurring during 2016. Organisations have recorded a varying total number of cases, but some NGOs claim that it may be in the thousands. Others, meanwhile, believe the practice could radicalise the victims’ families.

The UK’s Foreign & Commonwealth Office (FCO) has raised concerns about disappearances in the past. But the department did not highlight the issue in its two most recent annual [pdf] reports [pdf] on human rights and democracy, despite the reported surge and the fact that it did mention disappearances in other countries.

An FCO spokesperson, however, told The Canary:

We are deeply concerned about reports of enforced disappearances in Pakistan.

We regularly lobby Pakistan to uphold its international commitments to human rights and support civil society to do so too.

They also said that Pakistan’s 2016 National Action Plan and Human Rights Ministry (set up in 2015) would help improve its human rights record.

The UK and Pakistan have a special bilateral relationship spanning aid and security. But with this worrying increase in disappearances, Theresa May and Foreign Secretary Boris Johnson must have a serious talk with Pakistan. And they must speak out against the illegal practice in Pakistan as much as they do when it happens elsewhere in the world.

– Write to the FCO or your MP and raise your concerns about disappearances in Pakistan.