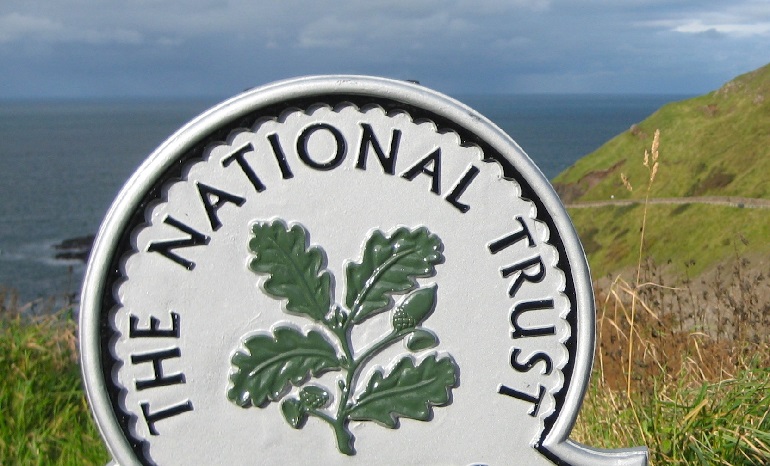 Critics have accused the National Trust of playing fast and loose with the truth in order to protect the violent elites involved in fox hunting.

The National Trust recently announced new rules for licensing hunts on its land. In response to growing criticism of a practice known as “trail hunting” (in which hounds follow a scent rather than a live animal), the conservation charity publicly stated on 18 August that it is going to make changes that will “further safeguard conservation and access”. In turn, this makes hunting activity on National Trust land more transparent.

Despite a warm reception to these changes from the public, however, some groups are warning that this announcement is just a “smokescreen”.

Trail hunting is a practice where packs of hounds follow an artificially laid scent that mimics the path of a fox. It was introduced after the Hunting Act 2004 was passed to “simulate traditional hunting”. But concerns about trail hunting have been voiced since its earliest days.

Many critics say it’s a loophole that allows hunting packs to continue chasing and killing wildlife. Evidence for doubts include the Cheshire Forest Hunt rampaging through a Macclesfield suburb; or another hunt attacking a cat in Newbridge, Cornwall.

The National Trust is Britain’s largest private landowner. Consequently, 79 hunts held licences to trail hunt on the charity’s land in 2016. Licences come with strict rules which need to be adhered to on National Trust land. It is these rules that have recently been revised.

The announcement has been made just two months before the National Trust annual general meeting (AGM) on 21 October. This AGM is notable because of a resolution put forward to ban all hunting – including trail hunting – from National Trust land. And this timing is the reason that campaign group National Dis-Trust has suggested the charity’s recent announcement isn’t telling the whole truth.

National Dis-Trust highlights several inconsistencies. In particular, the National Trust’s change regarding hunts’ use of terriermen ( which are used to dig foxes out of the earth before being killed):

Prohibit the presence of terriermen, who have no practical purpose on a trail ‘hunt’, and the use of their vehicles.

Responding to this, National Dis-Trust says:

Terriers have been ‘banned’ from being used during ‘trail hunts’ on Trust land for years by licence criteria, yet terriermen continue to be present… What does The Trust think terriermen have been doing with ‘trail hunts’ for the last 12 years?!

Also highlighted is the National Trust’s desire for hunts to self-report:

More active management of hunts and how they operate including: mandatory reporting requirements after each meet; the provision of specified maps/areas; and requiring at the time of application details of all proposed hunt days.

The National Dis-Trust points out that this is already in place and doesn’t work:

Self-reporting is something The Trust has already required of hunts for years & years – it doesn’t work, and The Trust has clearly ignored their promise to pay attention to the reports of hunt monitors, so they can jog right on with this ‘promise’.

The charity also takes aim at the use of animal-based scent for trails:

Banning the use of animal-based scents as a trail for hounds or beagles to follow. This will reduce the risk of foxes or other wild animals being accidentally chased.

But the National Dis-Trust explains that:

The hunts The Trust licence don’t follow ‘trails’ anyway, so stating that they will be required to hunt a non-animal based scent is frankly idiotic (retraining hounds also cannot be done at the drop of a hat – so will they still issue licences for this current hunt season?).

The National Trust and a ‘trail of lies’

The statement that hunts don’t follow trails is backed up by a study [pdf] published by the International Fund for Animal Welfare. Uncovering the Trail of Lies, published in December 2015, states that:

In 99% of the 443 trail hunting events run by 45 different registered hunts observed by our investigators over the last 10 years, they did not see anyone laying genuine trails.

These inconsistencies, alongside evidence showing trail hunting to rarely be undertaken, has led National Dis-Trust to brand the announcement a “smokescreen”.

This is a smokescreen to persuade members to vote to continue hunting on NT land. Hunts will just carry on killing. Pls vote to ban hunting.

The Canary contacted the National Trust about the allegations, and it responded by saying that the new rules are “absolutely not a smokescreen”.

This update is the conclusion of a review which has been taking place since February and applications for trail ‘hunting’ licenses need to made in the coming weeks. The Board response to the AGM resolution will be published separately, on 4 September.

It also stated that the six-month review was intended to allow trail hunting to continue where it is compatible with the charity’s conservation aims:

We have been carefully listening to both sides of a highly polarised and passionate debate for years. During our review, we carefully weighed up those arguments, but our first priority is always to protect conservation and access on our land.

Members will have the opportunity to discuss trail hunting and vote on the matter at the charity’s annual general meeting in October.

Hunts on the run

The motion was brought forward by 50 National Trust members. These include Helen Beynon, who is leading the call, and Ranulph Fiennes. The explorer, famously pro-hunt for many years, had a change of heart in 2016. He has stated that, if “the National Trust wants to truly preserve and protect our environment, it needs to stop condoning hunting, in any guise, immediately”.

Hunts know they are being backed into a corner, which is perhaps why hunt lobby group Countryside Alliance regularly paints itself as a victim. More than 618,000 acres of land is a large chunk of that corner to lose. And losing it would set a precedent that other organisations such as the Forestry Commission and Ministry of Defence might follow.

When passage of the Hunting Act 2004 became increasingly likely, hunts across the UK signed a declaration stating they would continue hunting in defiance of the law. Despite this, and despite evidence exposing trail hunting as a sham, the National Trust seems keen to continue licensing the activity on its land. Nothing less than a total ban on hunting will stop this.

– Attend the National Trust Campaign Day at their AGM.

– Listen to a podcast about trail hunting featuring Helen Beynon, the League Against Cruel Sports, and others.