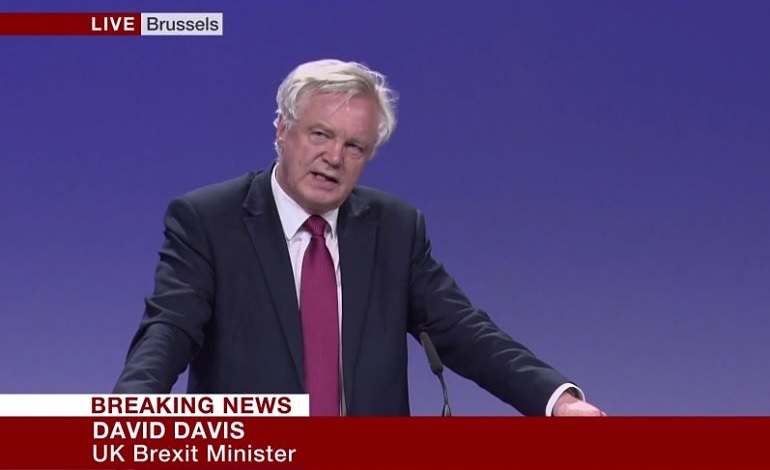 There’s a jaw-dropping detail in the Tory government’s latest Brexit paper. And it reveals exactly what sort of EU deal the Tories are after.

According to the paper, published on 24 August, the UK wants to help formulate EU rules after leaving the bloc. But only member states have a say in EU regulations. So the government has missed a memo somewhere. Or it’s taking its ‘we’ll have our cake and eat it’ position very seriously indeed.

The latest government position paper [pdf] concerns personal data rules in particular. It outlines potential new arrangements for the movement of data between the UK and the EU after the former leaves the bloc. The language used by the government in the paper, however, suggests that personal data isn’t the only regulatory field it thinks the UK should have a say in. It reads [pdf]:

After the UK’s withdrawal, regulatory cooperation between the UK and the EU on a range of issues will be essential, including data protection…

So for data protection, in this instance, the government argues that a new arrangement could allow [pdf]:

An arrangement like this is necessary, the government explains, because EU laws will still apply to UK businesses post-Brexit, if they choose to trade with the bloc. So it wants to have some say in formulating those rules.

There are, of course, exceptions to that rule. For example, if a country is a member of the EU. Because Brussels has devised a regulatory framework for all members, which businesses from member countries operate within. And as one of the EU’s big hitters, the UK has always had a large amount of input into that framework; until Brexit, that is.

Now, it seems the Tory government is angling to ensure it retains some of that power over regulations.

In the paper, the government lauds [pdf] the UK’s “leading global role” in data protection standards in order to make its case. But in 2014, the European Court of Justice declared the EU’s Data Retention Directive invalid. It did so due to concerns about human rights violations. But the UK government responded by rushing through its own legislation – the Data Retention and Investigatory Powers Act (DRIPA) – which allowed it to continue scooping up people’s data regardless.

It has since updated data retention law further. In 2016, parliament gave the go-ahead for the “most extreme surveillance law ever passed in a democracy”, known as the Investigatory Powers (IP) Act.

So it’s just possible the EU won’t jump at the chance to grant Brexit Britain this influence. In fact, it’s highly likely that the Tories’ latest ‘we’ll have our cake and eat it’ idea will go down like a ton of hot bricks.