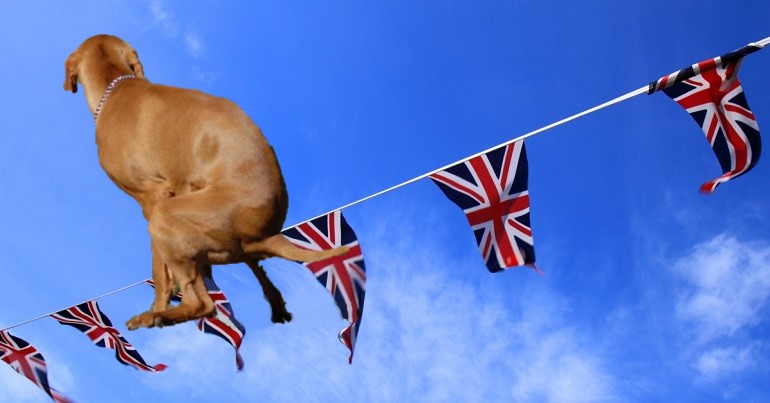 If you were on social media today, you weren’t dreaming. The “Festival of Brexit” is still going ahead in 2022. So, you may want to order your sick bucket now. As it will be little more than a Victorian-like, neo-colonial whitewash of Tory Britain.

As The Canary previously reported, plans for the festival were announced in January. Now, as the Guardian noted, it has opened its doors for people to apply with ideas:

The festival will open applications… to create teams… to come up with ideas for the event. Thirty teams, each receiving £100,000, will be chosen.

Its boss, Martin Green, says the festival isn’t really about Brexit. It’s currently called “Festival UK * 2022” – the asterisk indicating it’s a working title. Green claims the festival is about “bringing people together for a national celebration of creativity and innovation”.

Alan Stedman called it “jingoism”. Brendan May listed a few other ‘events’ he would prefer to go to:

Events I would rather attend than the ‘Festival of Brexit' include:

Indeed, a Rees-Mogg family Christmas must be an interesting affair.

But then, a Victorian mindset seems to be where the Festival of Brexit has come from.

Nothing “great” about British “exhibitions”

Celebrating establishment ‘achievements’, when the truth is far darker, is par for the course in Britain. It harks back to Victorian displays of empire and wealth, like the Great Exhibition. This is something Theresa May’s government, who got the ball rolling on a Brexit festival, openly admitted.

But as Audrey Jaffe noted about the 1851 Great Exhibition, it was all about empire:

Its organizing principle was the idea of the nation… the implication being not only that England was, effectively, half the world but also that the rest of the world existed chiefly to supply England with raw materials. The rhetoric of British ‘possessions’ had the effect of teaching the English public what ‘belonged’ to them

Many of the objects on display would have been beyond the reach of working-class visitors; the exhibition was largely geared toward the construction and cultivation of middle-class tastes and desires.

Essentially, the Great Exhibition was a demonstration of not only Britain’s violent colonial power, but also an exercise in class inequality. How little has changed in nearly 170 years. Because any Festival of Brexit will likely give a similarly warped view of life in the UK; one that doesn’t show the reality of, say, the 14 million people living in poverty in 2017/18.

Activist Nick Clarke showed another serious side to the story:

Is this Festival of Brexit some sick joke? It will cause more division. 48% of us don't want to leave EU! Have these idiots forgotten? Do they think we are that stupid that this patriotic garbage will ' heal the nation ' it will make me hate Britain more!https://t.co/VuUPUBdfPV

Regardless of Green’s intentions, celebrating the most divisive event in recent history will do nothing to bring us closer together. That’s not to say Brexit was the wrong decision. It’s that the Tories twisted it to fuel division in our society. But it also comes from an archaic vision of a renewed ’empire’. A Festival of Brexit will just cement these notions.

It really is peak 2020. It’s the year when politicians twist their failings into achievements; the year when divisions among us are starker than ever but we’re still ‘all in this together’.

This isn’t going to end well. Unless you’re an upper-class Tory like Rees-Mogg, of course.

Featured image via pxhere and dogster.com