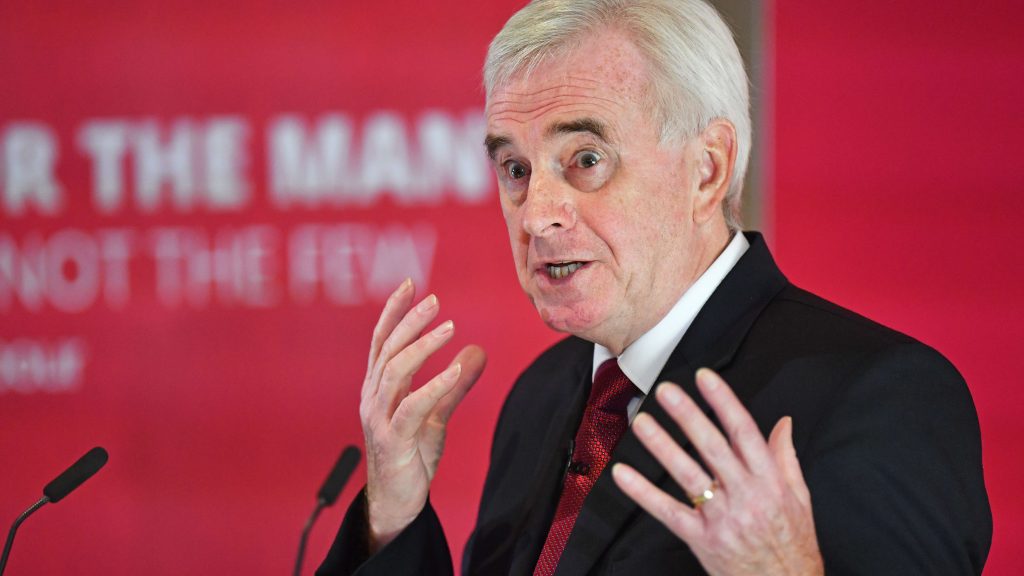 Former shadow chancellor John McDonnell is urging the government to use the coronavirus (Covid-19) pandemic to “stamp out bad behaviour” from businesses across the country. The Labour MP insisted that firms guilty of poor employment practices should not receive state help.

In his first major intervention since leaving Labour’s front bench, he will put forward a Business Standards Bill. The bill will be aimed at tackling those firms that use fire and rehire tactics and zero-hour contracts, avoid tax, or pollute the environment.

His proposals include an accreditation scheme for firms that meet standards over the treatment of workers, the payment of taxes, and environmental practices with a Good Business Commission. This would be made up of representatives from the business world together with unions, environmental campaigners, and others set up to oversee it.

This new body would also have powers to impose sanctions on rogue employers, under the plan set out by McDonnell. Firms could gain accreditation by following fair employment practices, such as paying staff the real living wage and promoting gender pay parity. Adopting a strategy for achieving net zero emissions within 10 years would also be among the key criteria.

“The Government should seize this opportunity”

Speaking about his plan, the former shadow chancellor said:

The Government should seize this opportunity to transform our business environment and stamp out bad business behaviour.

Billions of pounds of taxpayers’ money is being paid to companies to help them get through the pandemic, so it is not much to ask that these companies abide by very basic good business practices of treating their employees decently, not harming our environment and paying their fair share in taxes.

The Government should not be shelling out large sums of public money to subsidise poor business practice.

Conditions should be attached to Government funding support both linked to the pandemic relief schemes but also to longer-term benefits like tax relief and listing on the stock exchange.

Scottish Labour leader Richard Leonard will make clear his support for the proposals, with a motion to be submitted to Holyrood.

For too long, some big firms with the broadest shoulders and the deepest pockets have been allowed to exploit the taxpayer and their workers.

They have used loopholes to avoid paying their fair share of taxes while paying their workers poverty wages, while at the same time drawing on public money.

In the past decade, inequality in this country has rocketed. The rich are getting richer while the poor are getting poorer.

While this legislation is reserved to Westminster, as Scottish Labour leader I will not stand by and allow these practices to continue.

The Business Standards Bill includes serious and credible proposals to effectively tackle tax avoidance head on, as well as fundamentally transforming the workplace and business environment for the better.