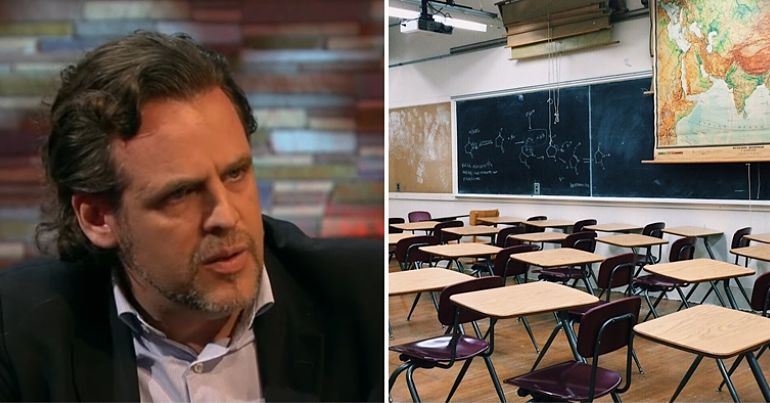 On 29 September, the Northern Ireland Audit Office (NIAO) published its Impact Review of Special Educational Needs. This review assessed the progress made since its 2017 special educational needs (SEN) report.

Several news outlets in the north of Ireland covered this as a story. The News Letter was among those outlets. However, while other outlets focused predominantly on the need for reform in SEN, News Letter focused on how much it costs.

In particular News Letter focused on the sustainability of funding for SEN services. Then News Letter‘s deputy editor Ben Lowry amplified that angle on social media. He said expenditure in the sector was “colossal” and “not sustainable”. His comments have caused great anger among campaigners and people online. One campaigner is now demanding an apology.

This is another colossal expenditure. It’s been brewing for years. It’s plainly not sustainable yet Stormont says little about it because it sounds harsh to curb it. Like welfare reform and NHS reform it’s easy to duck it and let it soak of vast amounts of precious public funds

Yet it will be ducked for as long as possible, because of a cowardly refusal to stand up and say: it is not cruel to want to control this expenditure

In a letter sent to The Canary, Devlin said:

There has been widespread anger and revulsion from many disabled people because of these comments made by Ben [Lowry]. It might come as a surprise to Ben that disabled people make up 19.5% of the local population and we contribution £250 billion to the UK economy. This far exceeds the £1.3 billion covered by Kieran’s [Comptroller and Auditor General, Kieran Donnelly] cost for cover SEN services.

Many parents having been fighting for years to get funding for the basic rights for their child, so they can have an education that is the right of any non-disabled child. [Yet] Ben believes that this needs to be cut further.

As someone who went through the SEN system, I’m acutely aware of the flaws in the system, but these flaws stem from a lack of funding, and to be looked at as simply a waste of money and a cost that needs cutting is extremely upsetting.

I think if Ben actually had any idea what children who have SEN are put through, the huge waiting lists for assessment, and the constant fighting just for the Education Authority to provide what they are legally obliged to provide, takes a huge toll on everyone involved, and to see him just dismiss all this as a “colossal expenditure” is just astonishing, to say the least.

The review highlighted delays in “assessing and providing” for children with SEN. It also said it:

found there to be a lack of routine management information and monitoring of performance against the 26 week Statutory Assessment timeframe within the EA. We previously reported that in 2015-16, 79 per cent of new statements were issued outside the 26 week statutory limit. It is disappointing to find that performance has further deteriorated, with 85 per cent of all assessments exceeding the 26 week statutory timeframe in 2019-20.

Additionally, the review called for “an urgent overhaul of the SEN policies, processes and procedures”. It said “more still needs to be done to monitor and evaluate the effectiveness of the support provided”.

Then, regarding cost, it reported that the Education Authority (EA) spent £311m “on children with special educational needs in 2019-20”. The review went on to say:

More still needs to be done to ensure schools are applying a clear and consistent approach to identifying and providing for children with SEN.

This review also reported how the Department of Education began a review into SEN 13 years ago. And while it’s still incomplete, it has cost nearly £13.6m.

Many parents are also fighting a long battle to end seclusion and restraints in schools as well, so their children are not disadvantaged further. If this were stopped, it would save money in the budget. Parents are fighting up to and over 80 weeks for a statement for their child to gain support in schools. A NICCYS report called #toolittletoolate, shows the inequality of SEN in mainstream settings.

These services have been decimated and deprioritised under austerity. Disabled people bore the brunt of cuts to welfare too, and many died because of choice made that ‘we could not afford’ things which are essential to people’s basic security.

Commentary like this perpetuates the myth that ‘there is no money’ —there was enough money for RHI [the Renewable Heat Incentive scandal]. People like Lowry present austerity as necessity, whereas it has always been a choice.

Devlin called on Lowry to:

My tweet self evidently was not an attack in any way on children with special needs or the immense challenges that they can face. It referred to the audit office report on the current SEN system and the fears for the sustainability of that system. I am troubled that this has turned into a huge Twitter storm, with the shameful suggestion that I was attacking vulnerable children. I will be writing about the row in my coming weekly column.