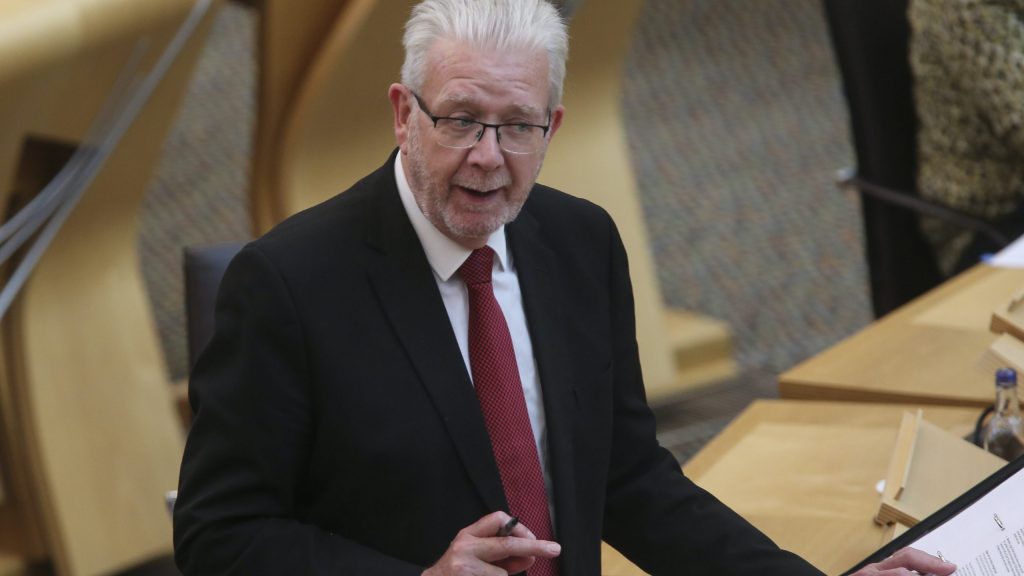 Brexit has been described as an “unforgivable act of economic sabotage” as the prospect of leaving the EU without a deal looms.

Scotland’s constitution secretary Mike Russell urged prime minister Boris Johnson to ensure a no-deal Brexit is “taken off the table” during crunch talks on Sunday 13 December. But Russell described even leaving with a deal as “massively damaging”.

In recent days, the prime minister has hinted numerous times at the prospect of a no-deal. He’s said it’s “very, very likely” and asked people to prepare for an “Australia-style solution”.

A negative effect on jobs and the economy

The constitution secretary has been in post throughout the Brexit negotiations and repeatedly railed against the process over the past four years. He said there would be a detrimental effect on jobs and the economy, regardless of the outcome of this weekend’s crunch talks.

The deal the Prime Minister says he wants will involve major trade barriers in less than three weeks’ time and will remove Scotland from the European Single Market, which by population is seven times the size of the UK.

That will be massively damaging but even worse will be a no-deal Brexit. That is simply unthinkable and must be removed from the table today before Boris Johnson tips Scotland over the sharpest of cliff-edges.

“Sadly we will not be able to mitigate all the damage”

The Scottish government this week put in place its emergency resilience apparatus. And it announced plans to stockpile around 60 critical medicines to ensure post-Brexit supplies don’t run out.

The Scottish Government is devoting huge efforts and resources to tackling the Covid-19 crisis to keep people safe.

It is outrageous that at this time we are also having to cope with Brexit disruption and the looming disaster of a no-deal or low-deal outcome.

We are doing all we can to prepare, to ensure that vital medicines are available and that businesses are helped to weather this unnecessary storm, but sadly we will not be able to mitigate all the damage.