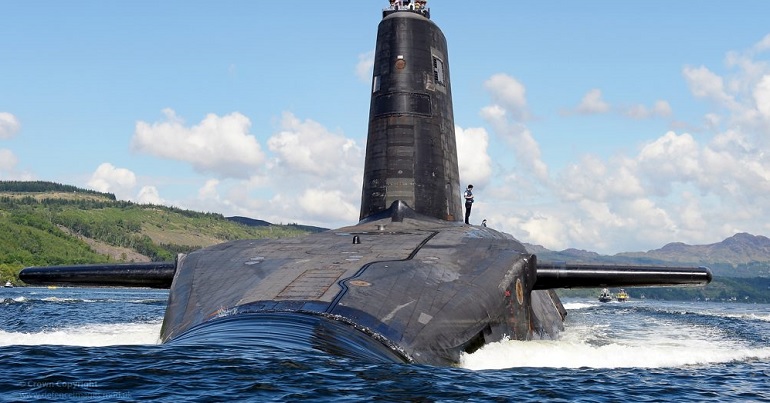 Leaked documents from the government’s review of foreign and defence policy show it will increase the number of nuclear missiles the UK can possess, amid anger over cuts to foreign aid.

The integrated review of defence and foreign policy intends to remove the cap on the number of Trident warheads that can be stockpiled by more than 40%. This is the first time the UK could increase its nuclear arsenal since the Cold War.

The decision comes after previous leaked documents showed the extent of foreign aid cuts to countries like Yemen and Syria. The leak received considerable opposition from charities such as Save the Children and Care International.

Campaigners have criticised the review and the UK’s approach to foreign policy.

The review contains a foreword from the prime minister that promises to increase foreign aid spending to 0.7% of gross national income “when the fiscal situation allows”, after it was cut to 0.5%. However, the review later states:

As governments become able to finance their own development priorities, we will gradually move towards providing UK expertise in place of grants

The review also says there is a “realistic possibility” that a terrorist group could “launch a successful CBRN [chemical, biological, radiological or nuclear] attack” by 2030.

The document restates the creation of a “national cyber force” which uses military and intelligence knowledge for offensive hacking. It’s further expected that the UK will expand its drone fleet to include “lethal loitering drones”.

This is no time to start a new nuclear arms race. As the world wrestles with the pandemic and climate chaos, it beggars belief that our government is opting to increase Britain’s nuclear arsenal.

Last month, Presidents Biden and Putin agreed to further reduce their nuclear arsenals by renewing the New START Treaty. Johnson should not be increasing ours.

With the government strapped for cash, we don’t need grandiose, money-wasting spending on weapons of mass destruction. We need essential investment in health, jobs and dealing with the climate catastrophe.

If this is part of a ‘Global Britain’ narrative, then Johnson needs to reframe it: we need to be at the heart of global cooperation to deal with the challenges the entire international community faces. Racheting up global tensions and squandering our resources is an irresponsible and potentially disastrous approach.

This is the time to get out of nuclear weapons not escalate the problem.

Far from looking to the future, this review is taking us back to the Cold War, treating international policy as a zero-sum game and embarking on a new wave of colonial sabre-rattling and nuclear militarisation.

Tackling major challenges like Covid-19 and climate change requires co-operation and multilateralism. Yet the government is intent on cynically using international aid to wield ‘soft power’ rather than tackling poverty and inequality.

We were promised a radical reassessment of Britain’s place in the world, but all we have is confirmation of the Prime Minister’s schoolboy view of foreign policy and deluded imperial fantasies.