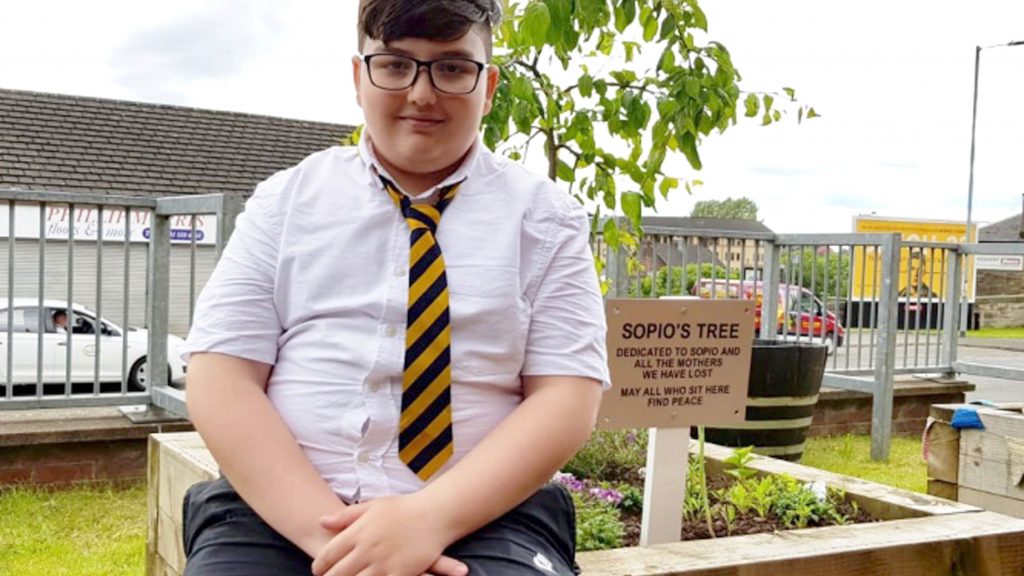 Nicola Sturgeon has defended the right of an orphaned teenager who has lived in Scotland for a decade to remain in the country after residence permits expired in December.

Giorgi Kakava, 13, was aged just three when he fled to Scotland from Georgia with his mother Sopio Baikhadze, who died in 2018.

He was granted permission to stay in the UK along with his grandmother and legal guardian Ketino Baikhadze in July 2018 after the Church of Scotland launched a campaign. However, their residence permits expired in December.

Giorgi’s plight was raised with the first minister in Holyrood by his Glasgow MSP Bob Doris – who urged the Home Office to move swiftly to remove uncertainty surrounding the teenager’s immigration status.

The Home Office has said it is “wrong” to say either Giorgi or his grandmother is at risk of deportation, adding there is an outstanding application which is being processed.

I hope everybody in this chamber will agree, Giorgi is Scottish.

This is his home and he should get to stay here for as long as he wants to be here with his grandmother.

The first minister also attacked the UK government’s stance on immigration, claiming it sees “family migration as some kind of burden on society”. She added:

We want to see a very different approach, we’ve set out our own policies for a much more compassionate and flexible approach to cases, particularly cases involving young people.

Children who were either born in Scotland or have spent their formative years here should have the opportunity to stay here with their adult guardians. I think that’s a fundamental, simple principle and it’s a principle based on what is right, but it’s also in our interests.

We are a country that needs to encourage people to come here and make a contribution to our society and our economy, so we should be making it easier for people like Giorgi to stay here, not more difficult.

Sturgeon also said that if Scotland was in charge of its own immigration policy, it would be “compassionate” and “humane”, adding:

That is not just right in terms of the value that underpin it, but are actually in the best interests of our economy and society as well.