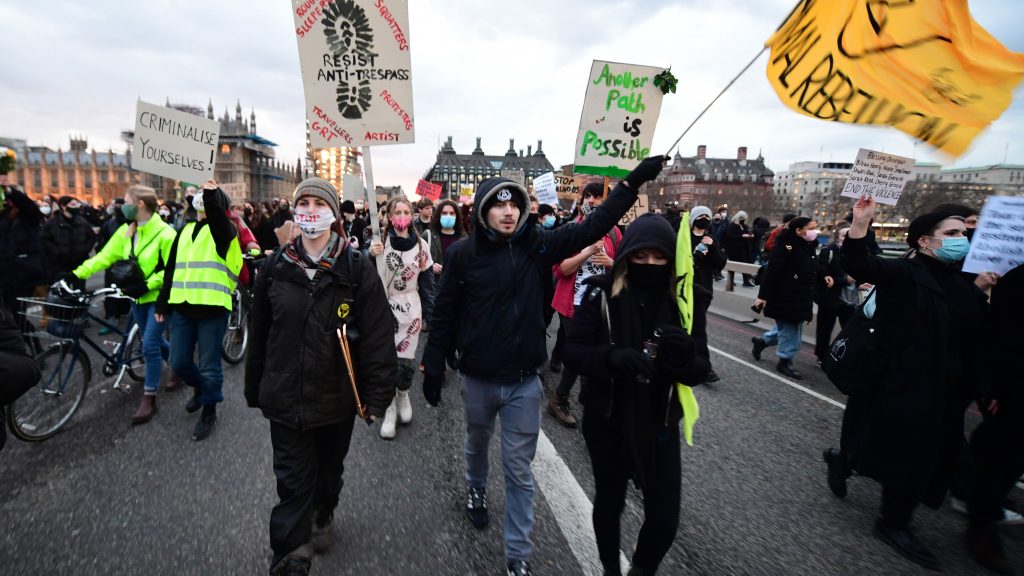 Laws on the right to protest during the coronavirus pandemic have been a “mess” and campaigners deserve clarity so they can demonstrate safely, a group of MPs and peers has said.

The Joint Committee on Human Rights (JCHR) has called on the government to place the rights of protest on an equal footing with that of the right to communal worship under lockdown rules.

“The right to protests should have no less protection than the right to religious assembly.

“The right to protest is important and should be allowed, like other current exemptions, if it is carried out in a safe way.

“When people have to go to court to establish whether their actions are lawful or criminal, as has happened most recently in the Reclaim These Streets Clapham vigil, it’s clear that the law is in a mess.”

She said the recent events show “clearly how the lack of clarity and level of uncertainty in the law is unacceptable and must be remedied as a matter of urgency.”

In a report, the committee says the Government should amend the law to make it clear protest is permitted if conducted in a manner that reduces public health risks.

The exercise could be carried out “right away”, she said, because the JCHR has drafted regulations.

The committee hit out at the confusing ambiguity of protest laws under lockdown, saying it never has been “completely illegal” during the pandemic.