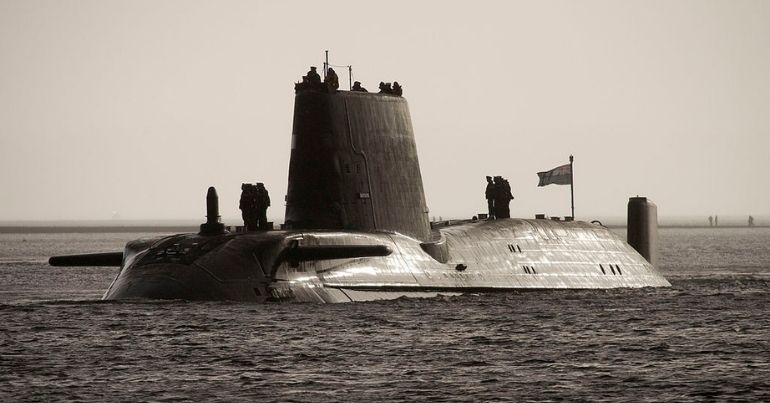 The Integrated Review combines the worst elements of 20th century British foreign policy, a group of ethical scientists has warned. The Review is meant to set the tone of post-Brexit foreign and defence policy, but Scientists for Global Responsibility (SGR) warns that it will set off an arms race, fail the world’s poor, and embed an “uncritical nationalism.”

The government’s Integrated Review of Security, Defence, Development and Foreign Policy was widely trailed in the media as “the most radical reassessment of Britain’s place in the world since the end of the Cold War”. In reality, it mixes grand ethical aspirations with many of the most militaristic and aggressive elements of the UK’s late twentieth century policies – such as ‘Great Power’ rivalry, technological arms racing (including with weapons of mass destruction), uncritical nationalism, and failure to give adequate help to the world’s poorest. It then adds a new, high technology edge to them.

He said the government’s coronavirus (Covid-19) crisis response suggests that the UK couldn’t provide security against major threats at home, let alone to people around the world:

Given over 125,000 British people have died in the COVID-19 pandemic, and the nation has one of the highest death rates from this disease in the world, it is not hard to see how badly the government is failing to live up to its own rhetoric of protecting its citizens – let alone improving security elsewhere.

Parkinson said SGR, and its partner organisations like Rethinking Security, were developing a coherent approach to security:

In early 2021, the Rethinking Security network – of which SGR is a member – took the first steps in carrying out an ‘Alternative Security Review’ for the UK. This aims to do what the government failed to – follow a radical and ethical examination of the UK’s approach to tackling security problems from the level of the individual to the international scale. Only approaches like these offer a chance for the UK – and other nations – to make the world a secure place.

The Review is also blind to the UK government’s domestic actions, which have at times undermined democracy, justice, equality and the Union. Resilience, as the Review reminds us, starts at home.

Rethinking Security said its work to develop “a Human Security Strategy for the UK, its people and the planet” would continue.