Ten months on from his death, Noah Donohoe's mum says he's 'not getting justice' - Canary 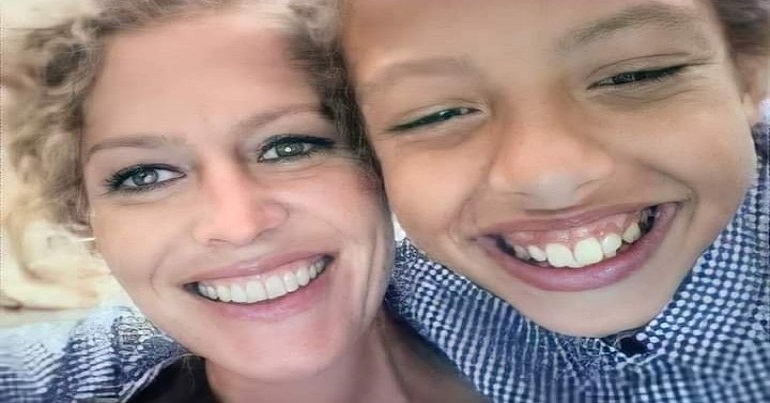 On 21 June 2020, 14-year-old Noah Donohoe cycled from his Belfast home to study with friends. Tragically, however, Noah couldn’t complete his journey. And following a search for the young teen, rescue workers found his body in a storm drain six days later.

Almost ten months since his body was found, the circumstances surrounding his death and disappearance remain unclear. So Noah’s mother Fiona has had to undertake a campaign to get justice for her son. As she told The Canary, she fears what happened to Noah has “been swept under the carpet”.

Following Noah’s disappearance, the Police Service of Northern Ireland (PSNI) said Noah may have sustained a head injury and abandoned his clothes after falling off his bike. They say CCTV shows him cycling his bike while naked. Police also said they didn’t believe his death was suspicious. On 29 August 2020, Fiona Donohoe’s solicitor added:

One issue to clarify in respect of CCTV timings arises from a BBC report last week which referred to a sighting at 1801, which we understand to be accurate and the final sighting at 1811, which is sourced from senior police briefings at the time of the search for Noah.

Police have since confirmed that that 1811 timing is wrong. The time stamp on the actual footage is 1808. Police misunderstood at the time of its retrieval that the clock on the CCTV was 3 minutes slow and hence the reported actual timing of 1811. Police now understand the clock on the CCTV to have been 5 minutes fast hence the new last sighting timing of 1803. Fiona appreciates that these timings will be evidentially verified at the full inquest.

Fiona looks forward to the disclosure of the footage from each individual camera, to review the period before and after Noah’s sighting, to confirm the police consideration that there was no pursuit. She wholly appreciates that the compilation to date is to show all of Noah’s movements.

Noah was last seen cycling unclothed near the place where search teams found his body. Then in July, a post-mortem examination stated Noah died as a result of drowning.

Police were supposedly set to begin a leaflet drop campaign to help gather information on this case. However, Fiona Donohoe told The Canary she believes “they lied about the leaflet drop”. Police deny this and claim there may have been a “misunderstanding”.

In November 2020, police arrested a man on charges connected to this case. Patricia Devlin reported in the Sunday World that this arrest was in connection with:

the discovery of the bag, containing a laptop and a book, a number of days before the 14 year-old’s body was found in a north Belfast storm drain in June.

Noah’s mum suspects foul play. She told the Sunday World that her son might have been “threatened or injected with” a heroin needle by a group of thugs.

Fiona has slammed the police investigation saying it’s far from thorough. That’s despite her providing the police with all of the necessary information. Fiona and her sister Niamh met with the PSNI chief constable to question him about this case. However, they’re still waiting for a full response to that meeting. When asked when she expects a response, Fiona said:

Fiona and her fellow campaigners believe there hasn’t been a full investigation into this case. They claim they’re waiting on answers to their questions and the investigation “has been extremely disappointing and unbelievably slow”.

Fiona questioned the lack of CCTV footage at the PSNI’s disposal. Because she says she and her family counted “180 CCTV cameras on Noah’s route”. She says the route that Noah took was through a “main thoroughfare” with CCTV all around. So she says:

they [PSNI] have a blind spot where a possible assault took place on Noah. It’s just outrageous.

According to Fiona, the PSNI “didn’t do a water sample” of the area where Noah’s body was found. She adds “it’s unbelievable what they haven’t done”.

The Canary put these allegations to the PSNI. A spokesperson responded:

The disappearance and death of Noah Donohoe remains a Coronial investigation, as such, any enquiries regarding that investigation should be directed to the Coroner’s office.

On Sunday 28 March, Fiona and other campaigners organised “a campaign of awareness” in Belfast. However, police are now investigating that march for potential breaches of coronavirus (Covid-19) regulations.

Fiona says she has to “deal every day with Noah not being here”. And that still, after almost ten months have passed, she has “so many questions”. She believes she “shouldn’t have to ask all these questions” because:

This is a child, a good child that would have done amazing things in his life… he’s not getting the justice

There’s an online petition calling for a full investigation into Noah’s disappearance. At the time of publication, it had over 67,600 signatures.

Featured image with the kind permission of Fiona Donohoe