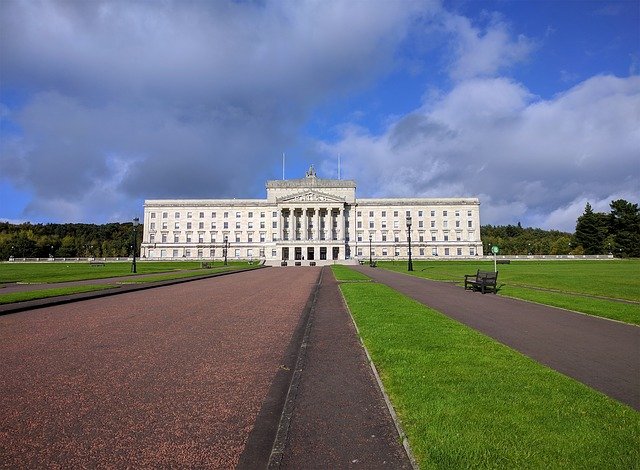 The DUP has been accused of “obstructing” north-south institutions.

Sinn Féin and the SDLP say the DUP failed to nominate a unionist minister to attend two North South Ministerial Council (NSMC) sectoral meetings in recent weeks which prevented them from going ahead.

One accompanying minister from the opposing political view must attend NSMC meetings to allow them to proceed.

On 16 April, infrastructure minister Nichola Mallon (SDLP) said an NSMC transport meeting could not go ahead due to no unionist minister having been nominated.

DUP leader Arlene Foster later claimed the meeting did not happen due to a timing issue and insisted it would take place in the future.

Sinn Féin communities minister Deirdre Hargey said an NSMC languages meeting was cancelled on 31 March because a unionist minister was not in attendance. The PA news agency understands that Hargey wrote to the Stormont Executive earlier this week to express her disappointment at the situation.

Ministers discussed the matter under the any other business section of the Executive meeting on 15 April.

It’s understood that deputy first minister Michelle O’Neill has asked the head of the civil service to ascertain if all ministers are continuing to participate in north-south ministerial structures. The next scheduled NSMC sectoral meeting is set to take place on 28 April and will concern agriculture.

The current Stormont agriculture minister is Edwin Poots of the DUP.

Hargey said important decisions on languages had been due to take place. She said:

I raised the failure of a DUP minister to attend the languages meeting at yesterday’s Executive meeting. I made it clear that this was unacceptable.

Properly functioning north-south structures are critical to the successful operation of the Good Friday Agreement framework.

Unionist ministers do not get to cherry-pick which meetings or structures they want to participate in, it’s an obligation and must be fulfilled.

Mallon accused Foster of having “failed to fulfil her ministerial requirement” by not nominating a unionist minister to attend the latest meeting on 16 April. She said:

Today the DUP have once again blocked the proceeding of an important north-south ministerial meeting.

Irish Government Minister Eamon Ryan and I were waiting to join our meeting, which was blocked from proceeding because no accompanying unionist minister would make themselves available.

The Executive is made up of five DUP ministers, four Sinn Féin ministers, and one each from the UUP, SDLP and Alliance party.

Foster said the 16 April meeting did not happen due to an issue with dates and said it would take place in the future.

She told the BBC:

We’ve made our position very clear in relation to the Protocol and the fact that we believe the Protocol needs to be dealt with so that there is balance in the Belfast Agreement.

But the date of today wasn’t something that we could meet with and, as you know, all of these meetings take place in agreement, and the agenda wasn’t agreed, nothing was agreed for the meeting today between the different parties. So it’s something that will happen, it will happen in the future.