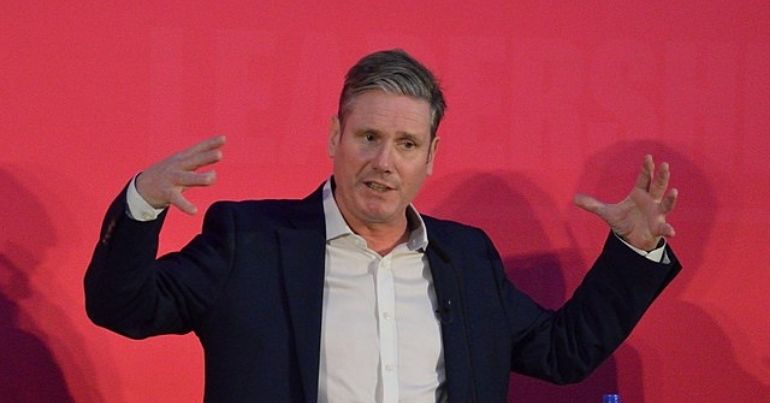 Kier Starmer’s Labour Party are now 14 points behind the Tories, according to new polling.

A YouGov poll for the Times has the Tories up two points to 43% and Labour down five to 29%. The Greens and Lib Dems are both up two points.

As Patrick Maguire points out, this is only one poll and it comes directly after lockdown has been eased, but:

That is not only YouGov’s clearest Tory lead of the year, the 50th in a row recorded by all pollsters, but it pegs Labour as less popular than they were under Jeremy Corbyn.

Twitter had quite a bit to say about the new figures. Former Labour MP Emma Dent Coad was disturbed:

This is plain scary… Labour 14 points behind the most corrupt govt of my lifetime. https://t.co/2XDbzOp66j

Councillor John Edwards reminded everyone what the polls looked like during the era of anti-Corbyn coups:

If he applied his “forensic” skills to these appalling figures Starmer would resign today.#LabourNightmare https://t.co/99VnMPaRYG

Some predicted the polls would get worse if Starmer kept trying to out-Tory the Tories.

Not a surprise.
This is what happens when an "opposition" not only fails in its duty to oppose but also collaborates with and emulates the Government of the day.

Stats for Lefties predicted the worst outcomes for decades if Labour keeps to its current course:

This would be the worst result for Labour in terms of seats since 1935, when the party won just 151 seats.

In terms of the popular vote, it would be the worst result for Labour since 1983 (when Labour won 28% within Great Britain). https://t.co/G8XCn8VsVD

Others questioned claims that the power of the pub opening effect had informed the increased Tory lead:

As Maguire noted, it will also worry Labour MPs that the party is losing points to other centre-left parties like the Greens:

If borne out over the weeks until polling day, Labour MPs might start conducting their conversations about Starmer’s leadership at a higher volume

Its hard to say what will happen to Starmer in the short-term, but one lesson of the last few years is that centrist and right-wing Labour MPs are nothing if not ruthless when they want rid of someone.