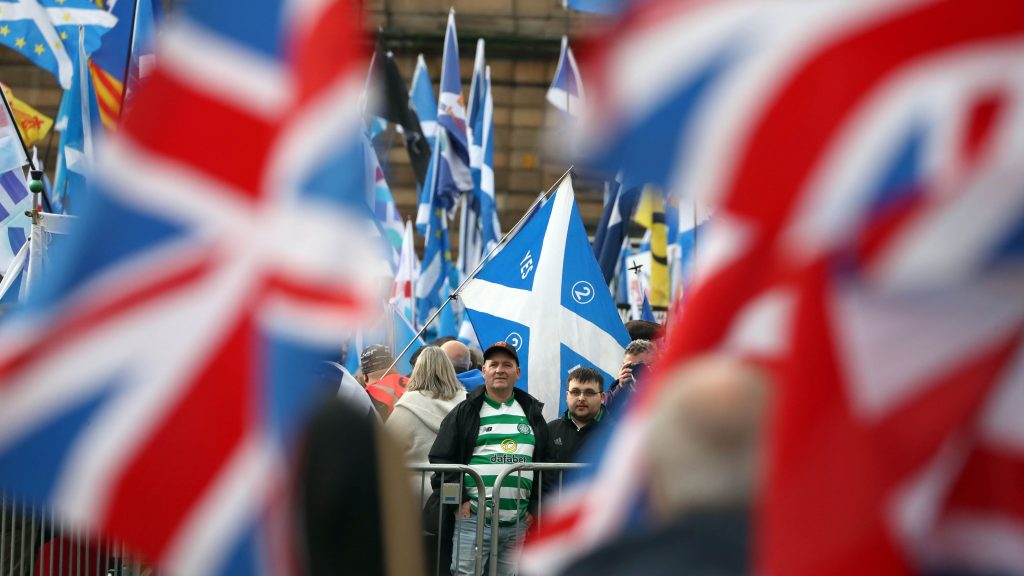 A new survey suggests that 60% of Labour supporters across the UK back another independence referendum “in principle” in the next few years, and 56% think the party should too.

Labour out of step with its supporters?

The YouGov study, which spoke to 1,073 Labour members between 17 March and 24 March, found that while supporters in the rest of the UK believe there should be another vote, just 31% in Scotland feel the same – with 61% against the idea and 8% undecided.

However, the weighted sample in Scotland for the poll was just 43 people.

The Scottish Parliament elections are coming up. If the SNP win, they will push for indyref2.

60% of Labour members already support having a second referendum on Scottish independence, and 56% think the party should toohttps://t.co/5L3rX38xr3 pic.twitter.com/M5TIQxlZb0

Supporters also appear to break with the messaging from the leadership of the party, which has been steadfastly against another referendum.

Scottish leader Anas Sarwar has said the next parliamentary session at Holyrood should focus on the recovery from coronavirus (Covid-19). The poll found 56% believe the party should publicly back another vote, while 28% said it should not and 16% are undecided.

The disparity in the party north of the border continued with that question, as just 28% of Scottish Labour members believe the party should support another referendum, compared to 53% who do not and 19% who are undecided.

In fact, one in three Labour members think Scotland should be an independent country

Keir Starmer is completely out of touch with Scotland and his own party members, who overwhelmingly support Scotland’s right to choose our own future in a post-pandemic independence referendum.

The Labour Party ruined its reputation in Scotland by backing Boris Johnson’s hard Brexit, supporting austerity cuts, imposing Trident nuclear weapons, and working hand-in-hand with the Tories in Better Together.

It risks falling into terminal decline if it continues to side with Boris Johnson to deny democracy.