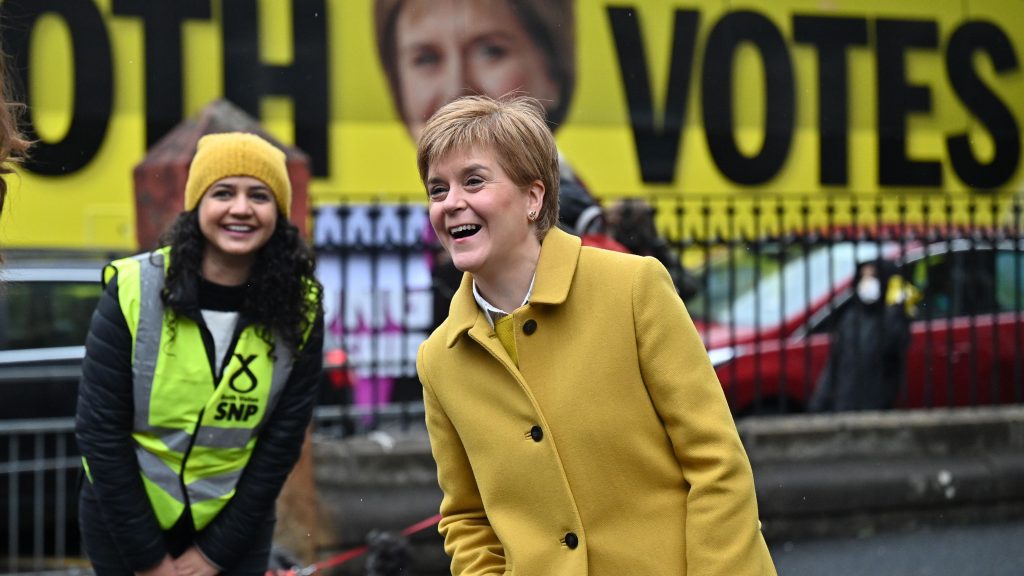 First minister Nicola Sturgeon has met voters at a Glasgow polling station on the morning of what her party has dubbed one of Scotland’s most important elections.

A refugee and a Scot

The SNP leader visited Annette Street Primary School in Govanhill – part of her Glasgow Southside constituency – along with Roza Salih, who is the lead SNP candidate on the Glasgow regional list. Salih will become the first former refugee to be elected to Holyrood if she wins a seat. Importantly, this year’s poll is the first in which people with refugee status are entitled to vote.

At the polling station, Sturgeon and Salih met three Syrian Scots who have lived in Scotland for eight years – 63-year-old Adnan Abdulbaki, and Iqbal Abdulbaki and Abdulruhman Abdulbaki, both 20 – as they prepared to cast their vote.

Sturgeon said it’s “great we’ve got everybody who lives here able to vote”, saying it’s an “exciting” and “special thing to do”, to which they agreed.

She expressed hope that Salih will be an SNP MSP once the votes are counted this weekend.

An interpreter for the Syrian Scots requested a selfie with the first minister and said his mother is unwell with coronavirus (Covid-19), so asked if she could record a video message for her.

Sturgeon did so, and in the message she said:

It’s Nicola Sturgeon here, First Minister of Scotland, with your son in Glasgow. I understand you’re not well with Covid so I wanted to send you my best wishes for a speedy recovery. Get well soon.